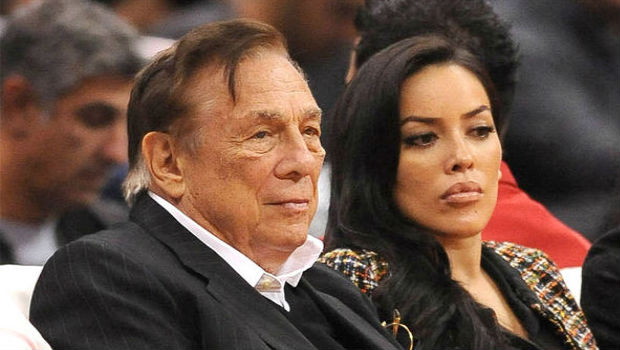 Donald Sterling lands himself in more hot water with his latest racist rant on Magic Johnson.

In Europe many people might not know about the furore surrounding Los Angeles Clippers owner Donald Sterling and his comments about black people, but in the US it’s big news.

About a month ago, Sterling’s side chick, V Stiviano, leaked phone calls between her and Sterling including a conversation where Sterling was pissed off that she was bringing black people to his basketball games. To summarise the calls, Sterling was saying things such as “you can hang out with them, sleep with them, but just don’t bring them to my games.” Check out the audio here. After the calls were released to the public by TMZ, Sterling was promptly barred from the NBA for life.

It took a few weeks for Sterling to publicly apologise for what he’d said, but now in an interview with the Silver Fox he has once again made disparaging remarks about black people, and also singles out Magic Johnson, saying he has AIDS and how he has done nothing for the community of LA.

NBA commissioner, Adam Silver, is trying to force Sterling to the sell the Clippers. He bought the team in the 80s for $12 million and after 30 years would now be able to sell the team for an estimated $1 billion.