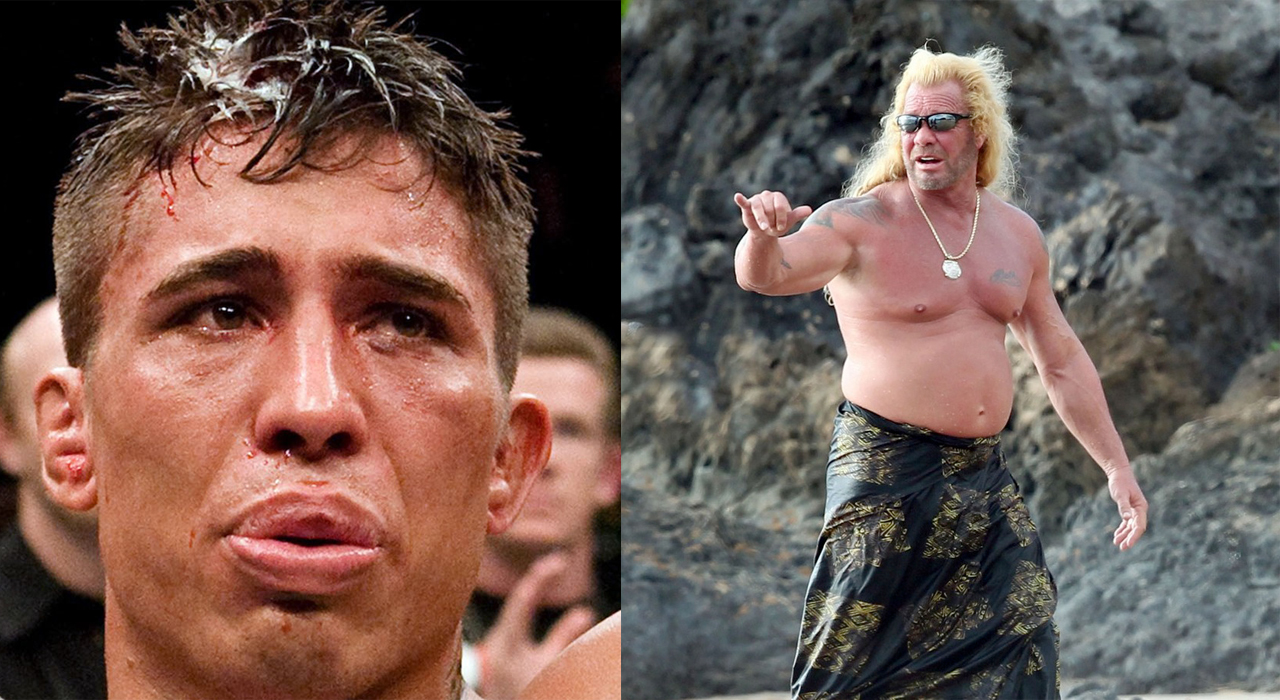 If there’s anyone you don’t want after you, it’s gotta be Dog The Bounty Hunter.

Although Dog doesn’t have anything to do with either of these guys, he announced on his Twitter account that he was coming for Mack. And you know when the Dog comes for you he normally gets his man. Unless that man is Edward Snowden, who the Dog announced last year that he was going to find and bring back to the United States and then there was positively zero news updates about it afterwards. As far as we know, Edward Snowden is allowed to stay in Russia for another there years so it doesn’t look like the Dog will be collecting that bounty any time soon.

.@WarMachine170 better 2Give All You Excuses To The Judge ..you got 24 hrs to turn your self in or I am Coming After YOU.!#CMTDogAndBeth

#CMTDogAndBeth @WarMachine170 Time is up ! BEWARE OF THE DOG…

To be fair to the Dog though, I used to think he was a joke but if you read his book (don’t ask why I did that) he does normally get his man as he is a fairly sick bounty hunter so he probably will find this guy. I mean he found that piece of shit Andrew Luster guy all the way down in Mexico – even if all he really did was sit around on his ass down there and get a lucky break – and that was a pretty big break/bounty hunt, so if the Dog’s coming for you and you’re a piece of shit MMA fighter who beats up girls, you better believe your time is up.