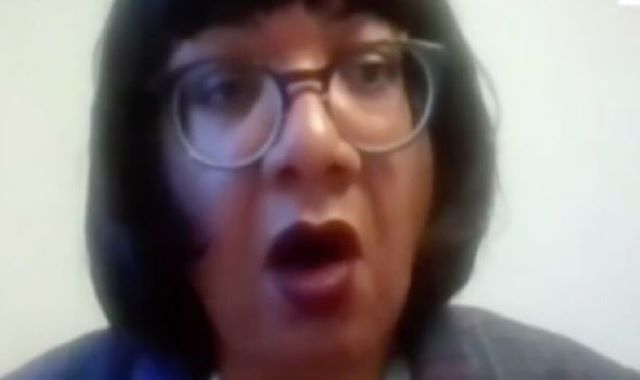 As is usually the case with any major event or tragedy, there was a rush to politicise the shooting of BLM UK leader Sasha Johnson last weekend, with a whole bunch of conspiracy theories flying around that there had been an assassination attempt to shut down the outspoken activist for good.

By restricting replies to the Tweet, Diana also made it difficult for anyone to disagree with her (at least under the Tweet itself).

It eventually transpired that Sasha Johnson had been caught up in the crossfire of a gang-related shooting that had nothing to do with her, as confirmed by her friends and witnesses at the scene. So not political or related to her race or activism at all. The idea that Diane Abbott, as an MP, was stoking racial tensions was then put to her on LBC…

‘Haven’t you inflamed racial divides by tweeting something when you haven’t done your homework?’

Welp, answered like a true politician. What did anyone expect – for her to take the criticism on board and accept that it’s never a good idea to politicise a story before the facts are out? Instead she essentially managed to say that anytime she brings up race issues, whether relevant to a particular scenario or not, it should be taken seriously. Next level politicking. You almost have to respect the audacity!

For the time Jeremy Corbyn showed off a naked Diane Abbott to his activist friends back in 1979, click HERE. True story.