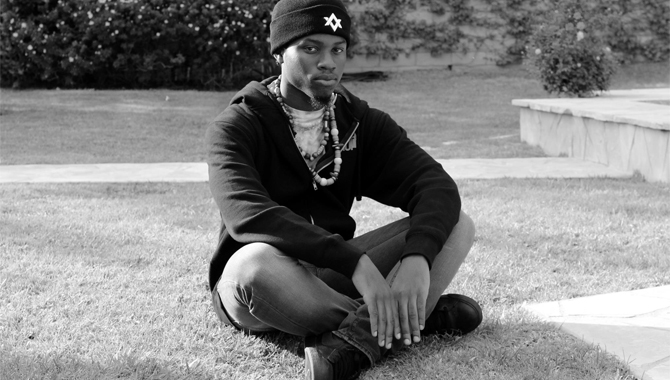 Next in series it’s the turn of Miami native Denzel â€˜Aquariusâ€™ Curry. I hope youâ€™ve already heard of him, but have no fear if you havenâ€™t.

We’re shuffling through the young talent slowly and steadily — and this time it’s the turn of Miami native Denzel ‘Aquarius’ Curry. I hope you’ve already heard of him, but have no fear if you haven’t. Seriously, this kid has only just graduated high school and the waves he’s making are the size of someone much further out from shore in the sea of life. It’s crazy — so it must be shared with you. To mark the (slightly) belated release of his album — Nostalgic 64 (N64) — on iTunes* I’m going to serve you the five tracks that frequent my headphones the most (in no particular order), along with some helpful clusters of banterful information that you can share as you spread the word.

*Unfortunately, the album is only available on the US store for now. In the meanwhile (an alternative I would usually distribute to poor students and the financially frugal), head to his Soundcloud to stream the album its entirety. Subscribe while you’re at it too, it’s the least you could do.

This is an anthem, with a killer hook that states the obvious but exclaims it as a shocking revelation that all listening must heed and fear. No one likes to be threatened — but the members of SpaceGhostPurrp’s RVIDXR KLVN (Raider Klan, of which Curry is part of) seem to deem it an utmost offence. All that aside, it’s a trippy video, which I can only assume was was an ingredient in the inspiration for Mac Miller & Schoolboy Q’s offering – ‘Gees’ – a few months back. The similarities are either an ode or an irony, but let’s assume the former.

Check this out: Raider Klan prefer the use of their own personally adapted ‘Hieroglyphics’ where A/U equals V and O/E equals X (I assume that S equals Z, although I have yet to see it in uze).