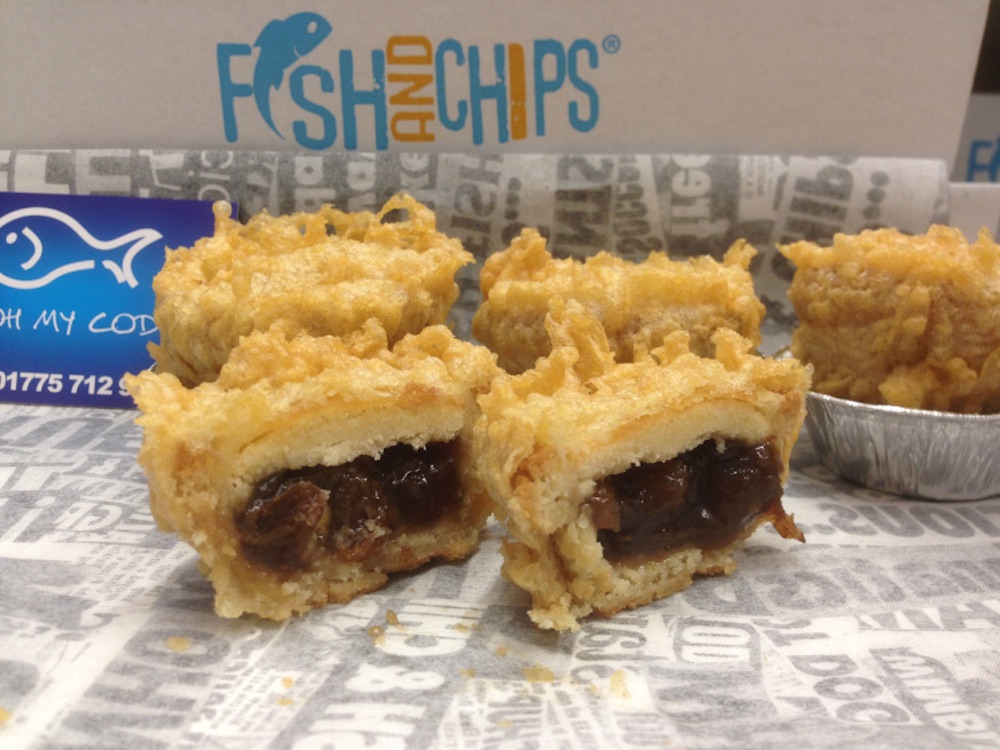 Following on from the trend of deep frying absolutely everything like Tequila shots and Twinkies , a Lincolnshire chippy in Spalding named Oh My Cod! has decided to deep fry mince pies for the festive season. They’ve been a massive hit too, with over 100 sold since they went on the menu last week for the price of 60p.

We’ve never done them before,.

We just wanted to do something for Christmas.

A lot of places have done battered Mars Bars and we just thought this was something a little different. 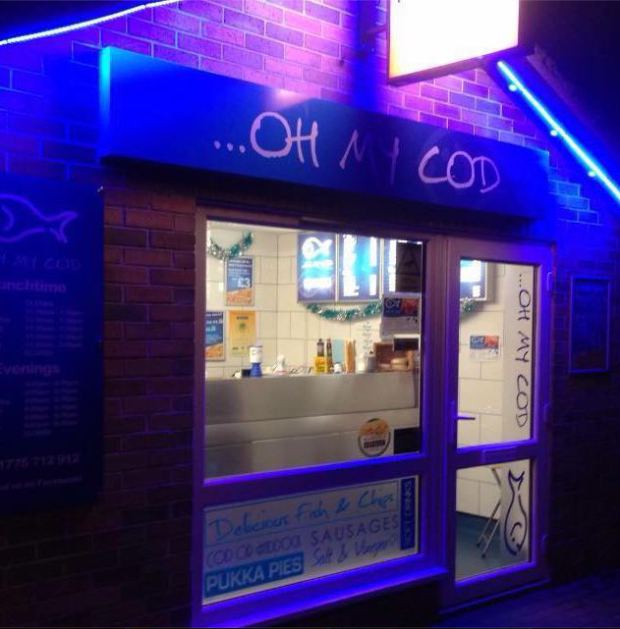 Some people are not too sure about them.

We cook them to order, but have a couple in the cabinet because customers want to see what they look like.

They want to be able to say that at least they tried it — and then they come back for more!

The mince pies are more flavoursome after deep frying – the heat seems to allow the spices to come through more.

Well there you have it – if I lived anywhere near Oh My Cod! I would definitely be checking it out. Unfortunately I don’t though so that’s not going to be happening this year.

Apparently a chippy in London called Sutton & Sons in Stoke Newington is also doing them so maybe I’ll check that out, but I think the Oh My Cod! ones sound like they’re going to be better though – you can’t beat that Northern authenticity.

If that got you excited, check out the deep fried mac and cheese burger next.