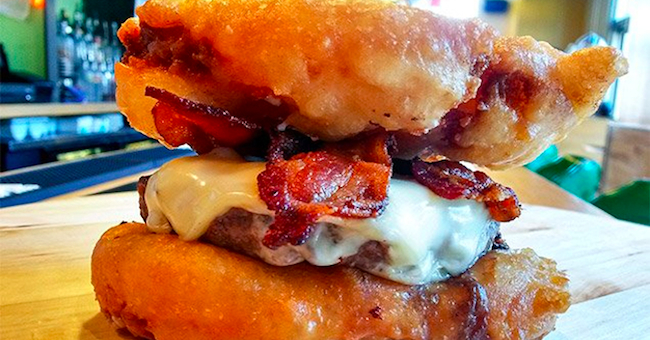 The next in the long line of American culinary heart attacks is here – the deep fried twinkie burger.

The newest disgusting food trend over in America has arrived with a Philadelphia restaurant deciding to create the deep fried Twinkie burger. The PYT posted the following message on their Facebook page, before making the heart attack inducing burger available for one week only: ‘We are really sorry about this, but someone had to do it.’ Right, someone DEFINITELY HAD to do this.

The burger is pretty much exactly what you would expect it to be, although interestingly the patty itself is made of pork belly rather than your regular beef – maybe that’s because pork belly goes better with twinkie or something? The patty is topped with American cheese, extra bacon and then whacked between two deep fried creme filled twinkies that serve as a bun.

The burger’s creator – the manager of PYT Kevin McGehrin – explains the appeal of the burger: ‘Flavour appeal comes from the combination of savoury and sweet in the same bite. Sweetness comes from the Twinkie, of course. And by using the pork belly in the blend it really amps up the savoury aspect of the patty. The applewood bacon gives it a bit of a smoky component. The bun texture is a crunchy exterior with a soft warm fluffy cake-like centre’

I’m not sure if I like the sound of that but if I was living in Philadelphia I’d probably go down and check it out, especially if it was only available for a week. If anyone reading is over there, check it out and let us know how it is. In the meantime here’s a few pictures for you to salivate over: 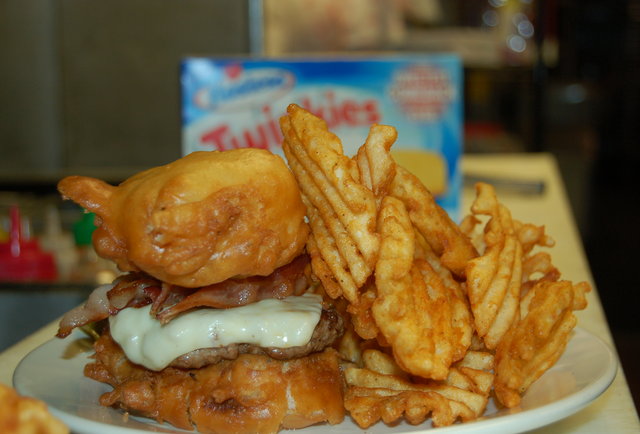 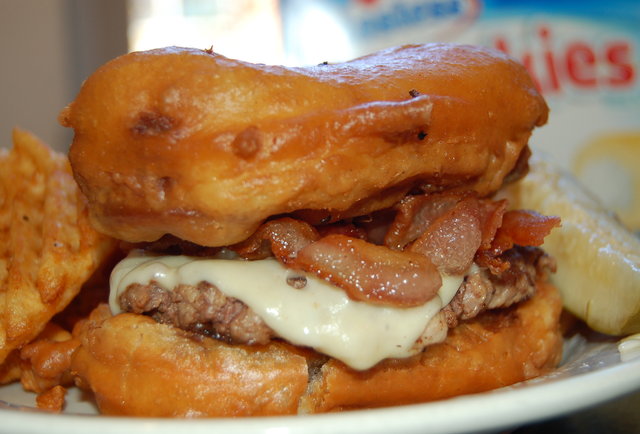 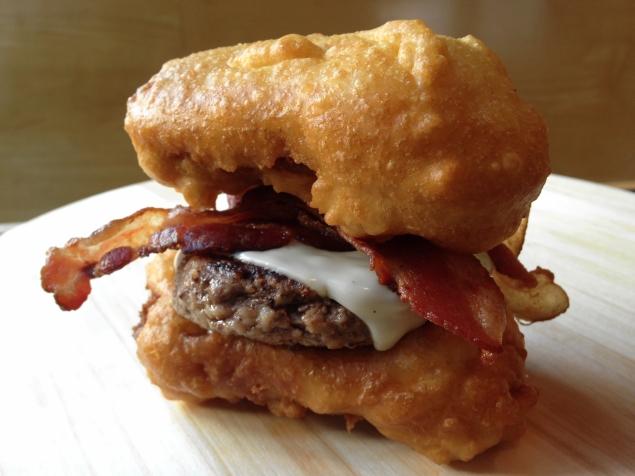