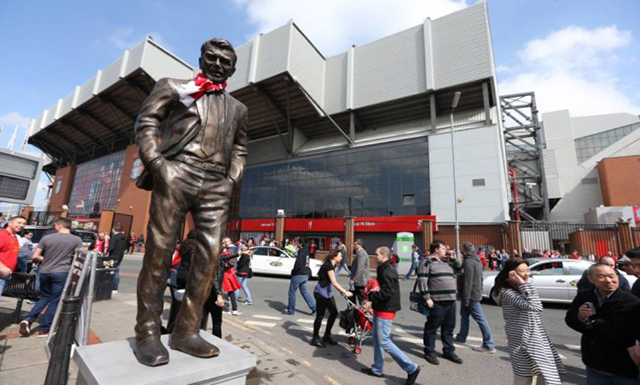 The Moyes jokes keep on coming, but this one might be the most elaborate one yet.

The Moyes jokes keep on coming, but this one might be the most elaborate one yet. Paddy Power pulled off one of their cheekier moves (even cheekier than when they offered that bet on Oscar Pistorius) the other day by erecting this bronze statue of the former Manchester United manager outside Anfield.

A spokesperson put it perfectly: “The Moyes and Manchester United pairing may have had none of the magic of a drunken Tinder date, but there’s no doubt he’s the ‘chosen one’ for the Liverpool faithful who’ve also enjoyed seeing their club go from strength to strength this season.”

Moyes might not be too fussed however, he received £5 million big ones as consolation for getting the sack last week.