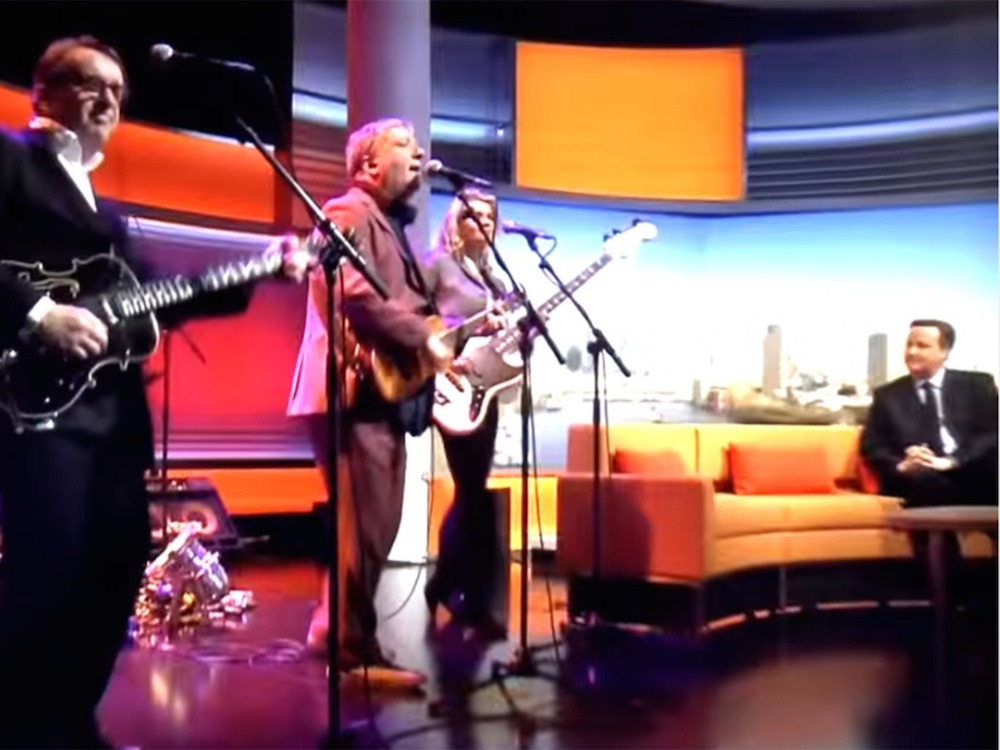 He probably wonâ€™t be buying the album then.

2015 was a pretty bad year for David Cameron. Not only did he get have to deal with the never-ending backlash from piggate, but he also got relentlessly shut down by the one and only Danny Dyer.

And now it looks like this year isn’t looking too peachy either. We’re only into the first month and he has already been utterly humiliated live on the Andrew Marr show by rock band Squeeze.

So basically he went on the show to announce a new project that will see over 100 council estates destroyed to make way for private properties, which is not the best news.

After the interview, him and Marr sat to watch Squeeze perform a track from their new album ‘Cradle to the Grave’. It was all meant to be rather innocent. However, unbeknownst to Cameron, as well as the entire production team, the lyrics had been changed to completely rip the Tory party and their new policy.

I grew up in council houses, they’re part of what made Britain great.

But there are some people who are hell-bent on destruction of the welfare state.

Well that’s awkward. Check it out for yourself.

You don’t really get to see Cameron’s face all that much, but I bet he was sweating like a pig. Lol.

Still, can’t have been worse for him than that busker who told him to ‘fuck off back to Eton’.