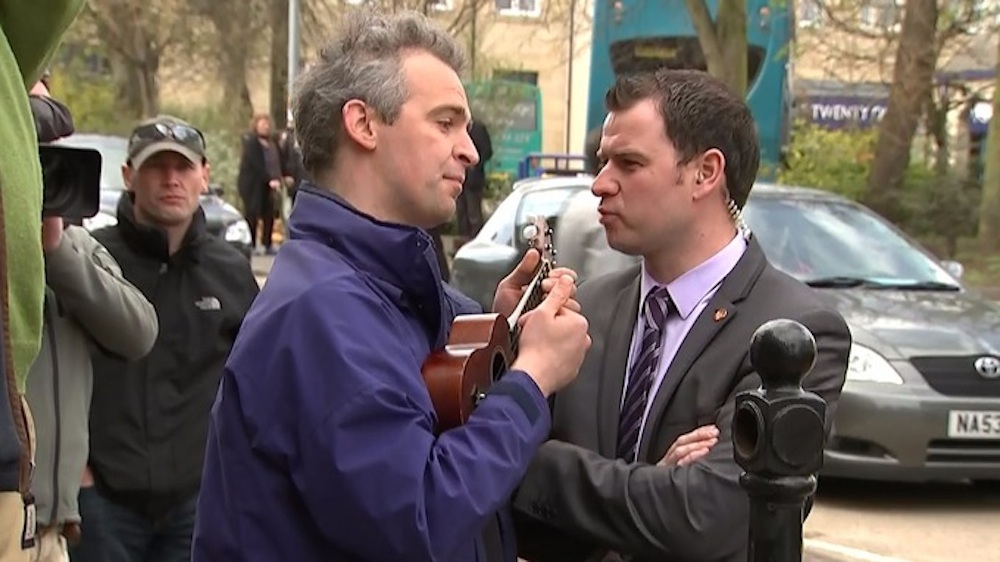 Another day, another dumb story about the current campaign trail.

Yesterday it was the turn of George Osborne, who was unable to answer a simple question despite being asked it 18 times, and today it’s the turn of his party leader David Cameron who was heckled by a lone ukulele player as he visited voters in Alnwick in Northumberland.

The busker played a song with the single refrain ‘fuck off back to Eton, with all your Eton chums’ over and over again whilst Cameron walked past. He didn’t seem that phased by it but just continued to smile and tried to ignore it, as is his usual modus operandi. His bodyguard did look really annoyed with the dude though and ran over immediately and started swearing and berating him. I suppose this is the kind of stuff that both of them are used to every day of the campaign trail, just perhaps in not such a unique manner though.

The band played on in the face of oppression though, as is so often the case. It’s just a lot more impressive when there’s a whole band and not one guy with a high pitched voice and a ukulele.