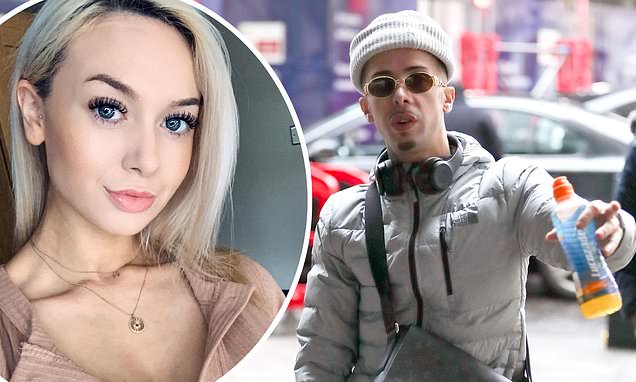 Dappy flipped out upon realising his fan had a boyfriend.

A lot of people say Dappy is one of the most underrated musicians in the UK, but he doesn’t exactly do himself any favours when he’s running around dropping N bombs and battering women with tennis rackets.

More recently, 32-year-old Dappy has been sending his own fans abuse for what seems like no good reason at all. There’s a couple of stories out there about this, but first let’s look at this one featuring Chloe Thomas, 25, who follows Dappy on Instagram.

Chloe reacted to one of Dappy’s IG Stories by sending him a heart emoji via DM. Amazingly, Dappy then went onto her profile, saw she had a boyfriend, and so started sending her abusive messages because she had sent him a heart emoji while in a relationship. 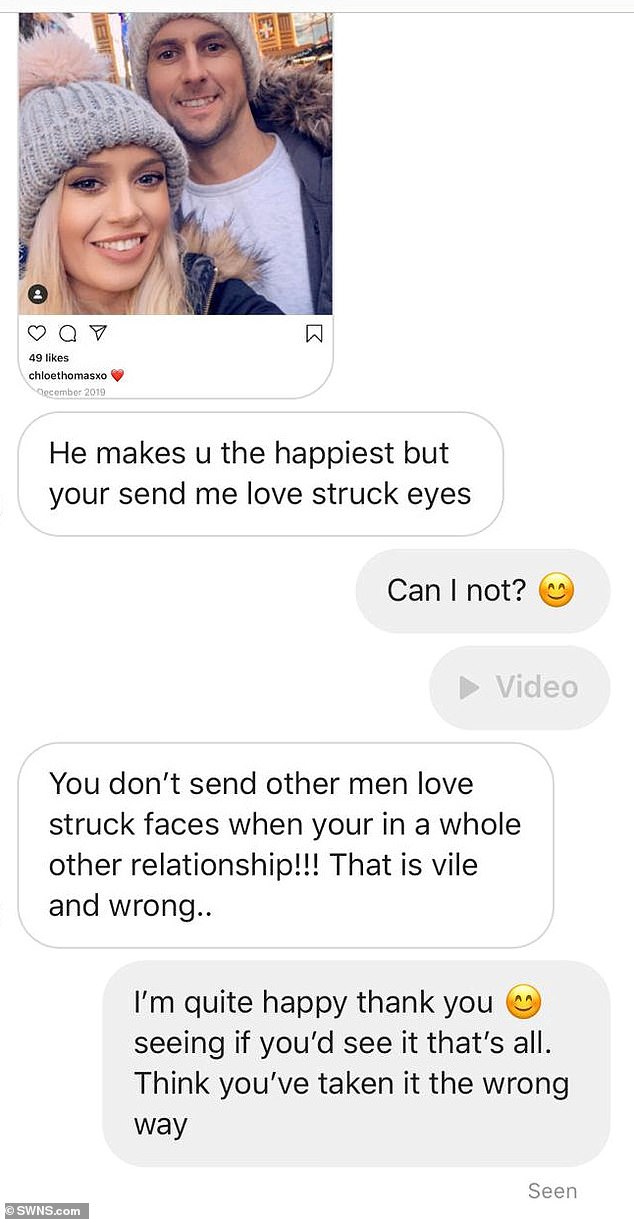 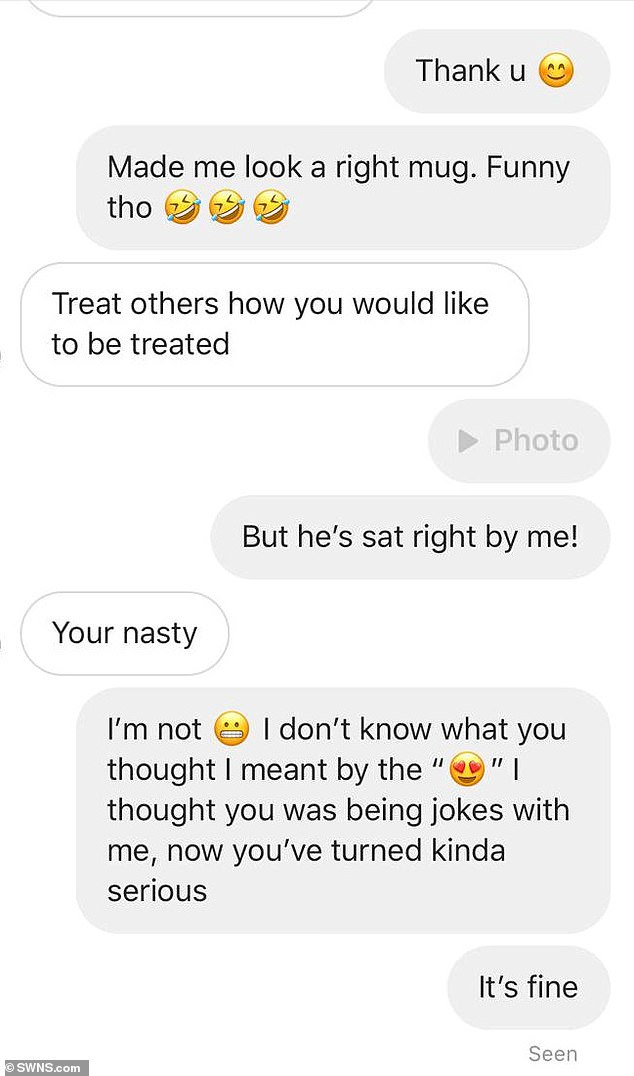 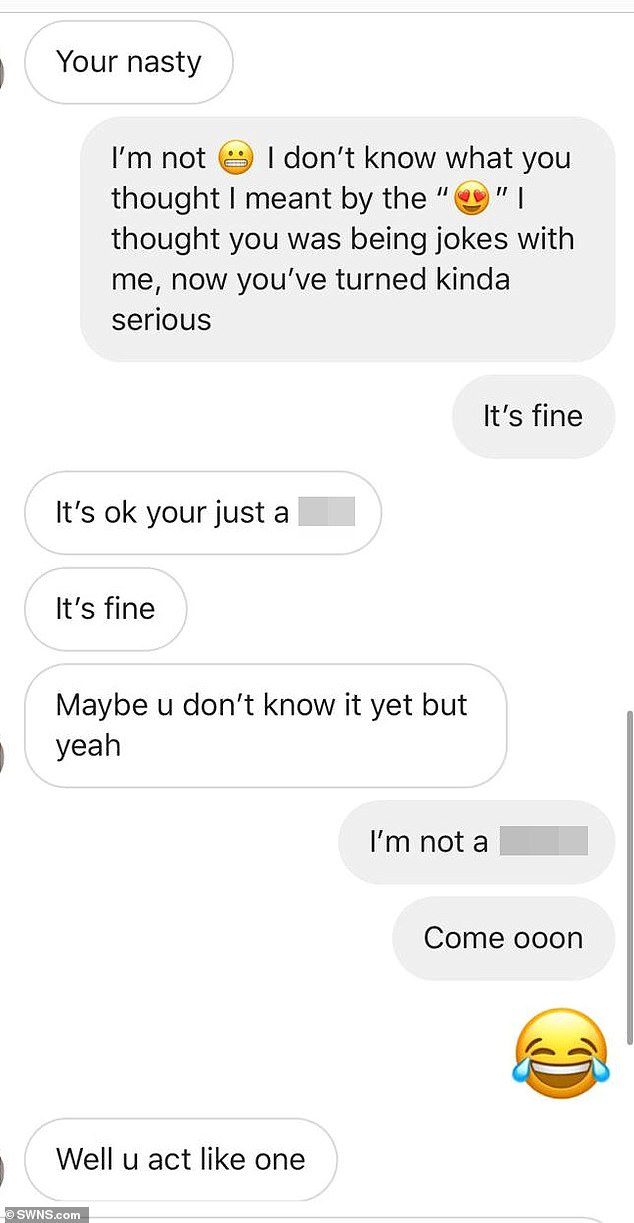 Things got even weirder when Dappy and his girlfriend Imanie Campbell took screenshots of Chloe with her boyfriend and shared them on their Instagram stories.

Dappy’s girlfriend then started messaging Chloe on his behalf: 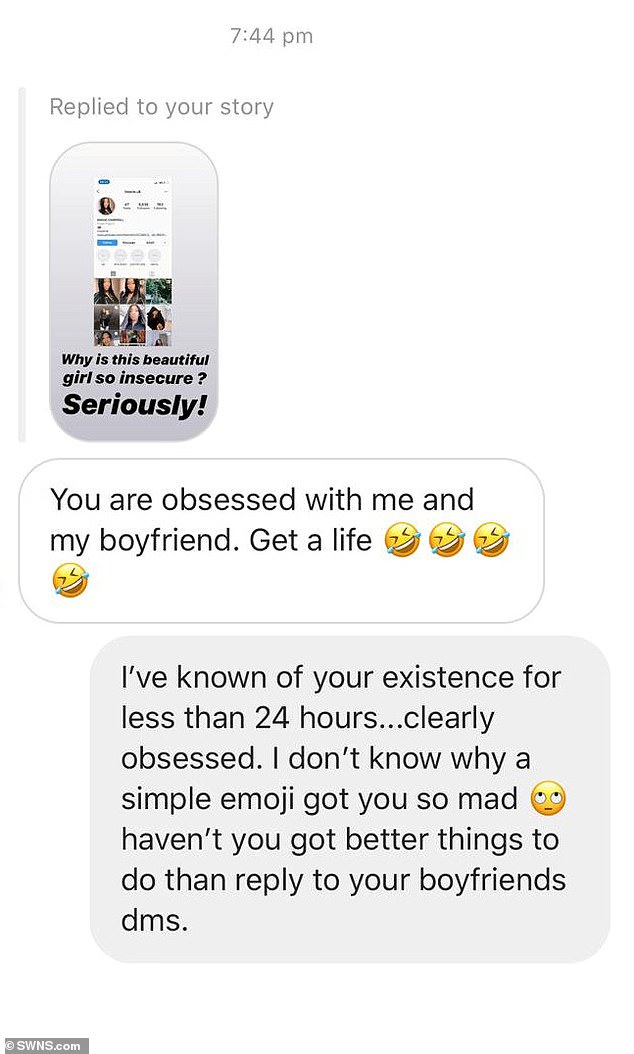 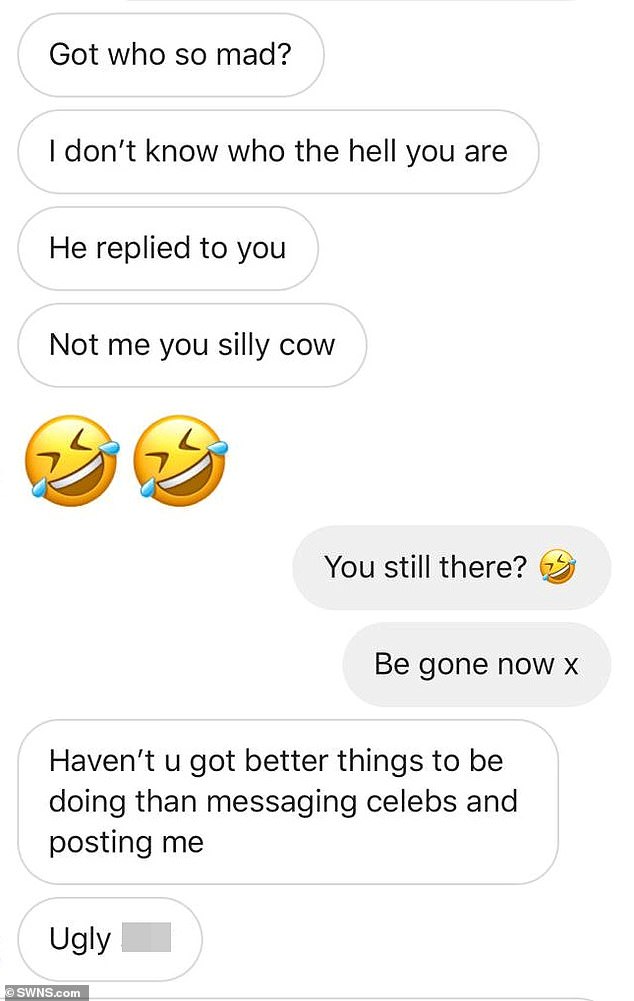 Mind-boggling stuff, especially when she tells Chloe off for not having anything better to do. Um hello your boyfriend is a superstar singer taking time out of his day to diss his own fans via DM for no reason. 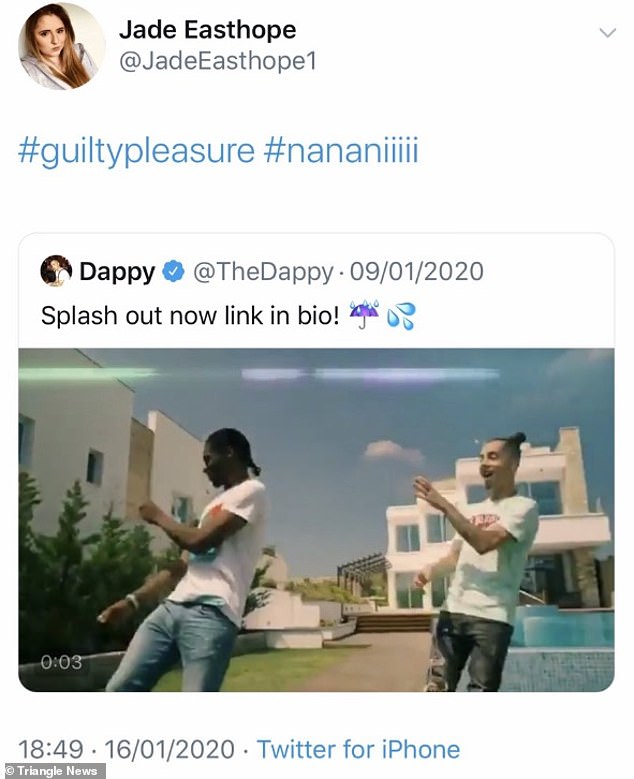 What exactly did Dappy find offensive about that, you ask? Well he objected to the use of the hashtag #guiltypleasure, because it implies that it’s embarrassing to be a fan of his.

Can’t this guy take a compliment or what? Here’s the exchange that followed after he DM’d her and ordered her to unfollow him: 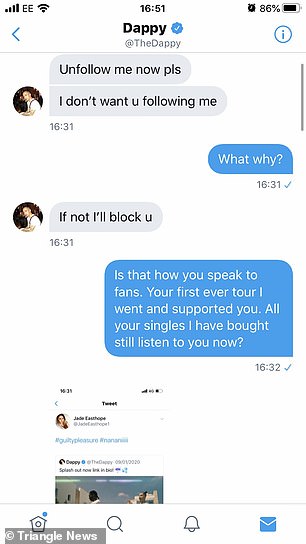 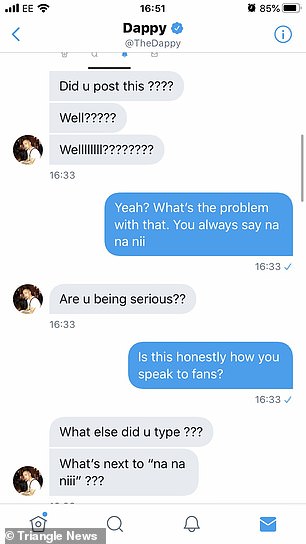 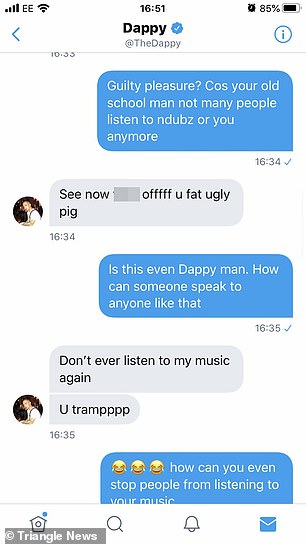 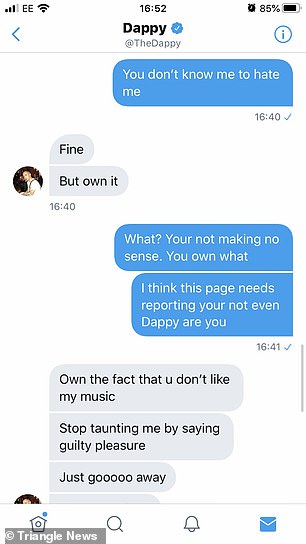 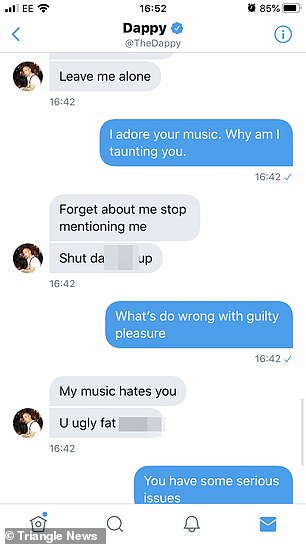 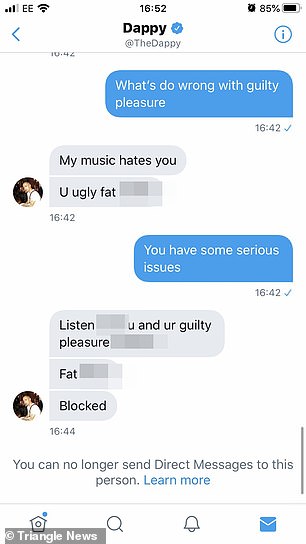 Not a great look for the N Dubz frontman who seems to constantly be getting caught up in dumb shit like this. I mean if he really rated himself whatsoever he wouldn’t feel the need to be sending his own fans abuse because they sent him innocent DMs or Tweet compliments at him, even if it does rub him the wrong way for whatever reason.

Besides, Dappy should know what it’s like to be on the receiving end of a unwarranted social media humiliation – Lovebox Festival publicly shamed him a couple months back after he requested a slot at their show.