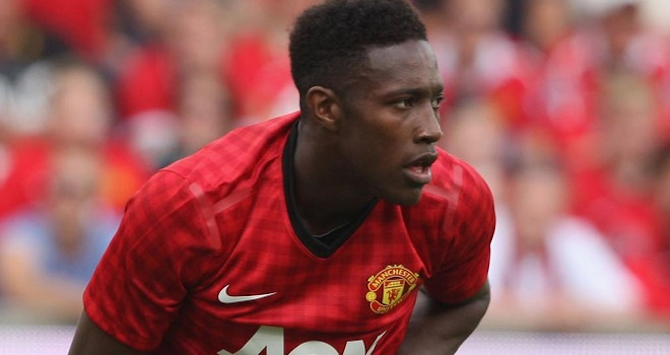 I’ve always felt that Danny Welbeck is overrated because quite frankly he’s complete turd, but this video finally proves it 100%.

It’s kind of boring at this point during the summer as there isn’t really any football on TV except for the women’s European championship (low standard and very boring) or the occasional friendly match where a big team plays some weird team from another country. Those games are always really boring/uneventful because no-one is really trying because they don’t want to get injured before the season has actually started. It really makes you wonder why any of those friendly matches are even televised and why you’ve even bothered to tune in to watch them.

But sometimes something can happen in a friendly match that makes you understand why they’re televised and why you’ve tuned in. It might be a great goal but it’s more likely to be something like this next clip i.e. a video of a player completely and utterly screwing up during a game.

If you didn’t hear, Manchester United played their first pre season match against the Singha Allstars over in Thailand at the weekend and they somehow managed to conspire to lose it 1-0 even though I expect that the Singha Allstars are probably about as good as some League One team like Barnet. Nice work Moyes.

In fairness, he did field a young squad and he was without his first choice strikers Rooney, RVP and Chicarito and so had to play Danny Welbeck up front on his own, but Manchester United should probably still be demolishing teams like the Singha Allstars without breaking a sweat. However, when you’ve got someone like Danny Welbeck up front and he tries to pull off skills like the one in this video and completely fails at it then the result becomes a lot more understandable.

I’ve been saying that Danny Welbeck is complete turd for a while now – OK, he did get that goal against Sweden but that’s literally all he’s ever done and he only scored two league goals last season which is pretty pathetic. How he’s picked for England before Daniel Sturridge is beyond me –  and this video kinda highlights that.

Basically the ball gets hit down the channels and Welbeck runs onto it and finds himself in the corner with a Singha Allstars player to beat. He tries to utilise some of his silky skills to help him beat the player but it goes very, VERY wrong. It’s completely jokes and super funny that an England international is so shit at football. It’s like the new David Dunn skill fail video. The commentary on the video is really funny as well: ‘Oh Danny Danny Danny..’