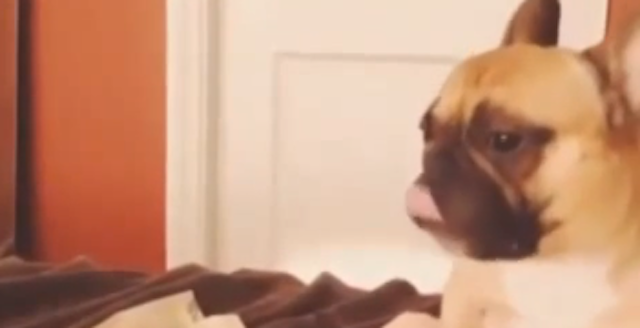 I never really thought about whether animals jerked off before; turns out they do.

There’s probably nothing more embarrassing than being caught whilst you’re jerking off, and it turns out that animals feel exactly the same way about it as us humans.

In the clip below, there’s a cute little doggy who is having the time of his life messing around with his dick, until he gets spotted by the camera and looks completely and utterly pissed off that he’s been caught in the act, that he might as well give you a Luigi death stare. You’ve gotta be more careful about these things dude.