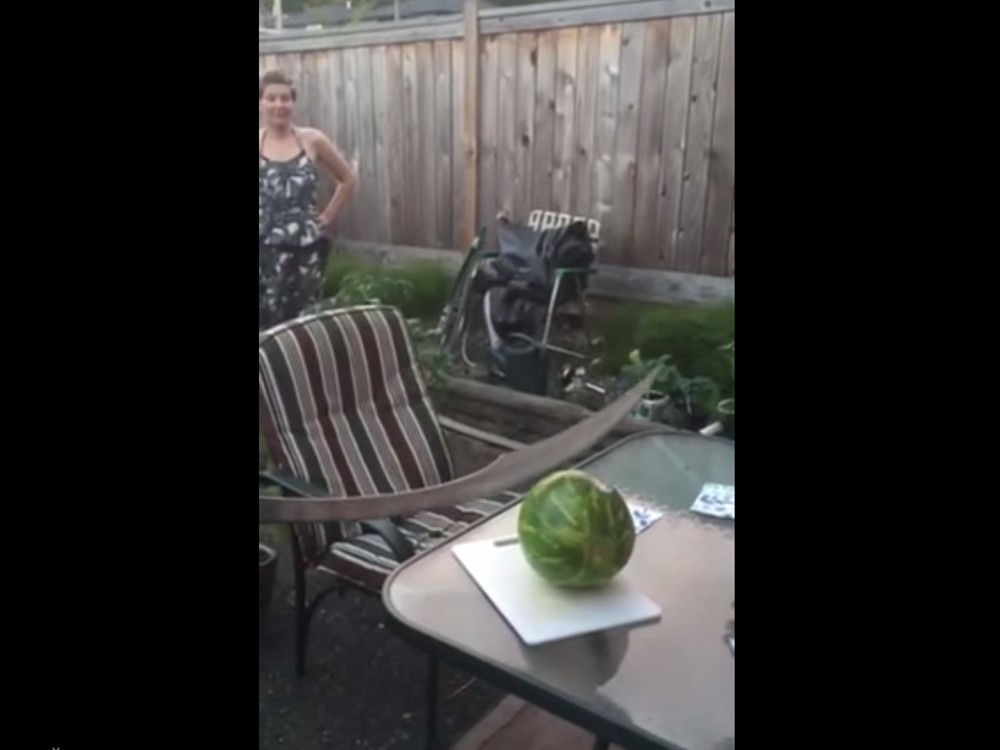 What not to do at your next BBQ.

Watermelons appear to be in vogue at the moment; for some reason they keep cropping up in new and weird ways. A while back we featured the guy who rides Chinese public transport with a watermelon on his head, and more recently the terrifying lady that crushes them with her thighs. This time there’s a sword involved. Nice improvement.

According to the title of the video, today’s hero of the show is a called Ali. I like Ali.

Ali’s hosting some sort of garden based shindig and decides to show off by slicing a watermelon with a scimitar. What could possibly go wrong?

Oh, Ali. My favourite part is that his girlfriend (or whoever) sounds pretty upset at the loss of their table, but Ali remains unphased; he simply smiles and remarks “sweet!” Ali is my kinda guy.

It’s certainly not the most impressive watermelon art we’ve ever featured, but it is the stupidest. And, if you’re looking for a new and interesting way of serving watermelon, click this.