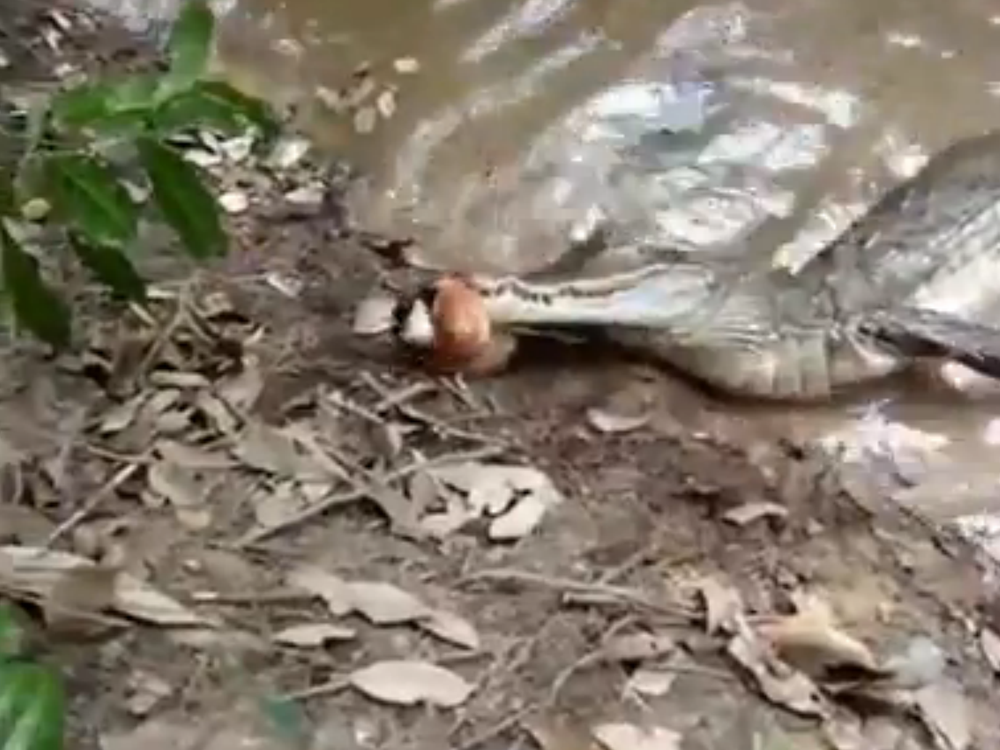 Croc Vs Electric Eel. Tough one to call, don’t you think?

I’m always fascinated with animal vs animal battles. I guess it’s not a particularly nice thing to watch, but I find it endlessly absorbing. Who will get the upper hand? Size doesn’t always dictate the winner.

The video below shows a crocodile having a go at an electric eel. That’s not a battle I have ever imagined, but when I saw the title I was pretty excited to see what was going to pan out.

Electric eels are not to be trifled with. They don’t just give off a little buzz, they can smash out up to 860 volts. Despite living alongside predators like humans, dogs, caimans, jaguars, giant otters, giant snakes, and birds of prey, they are still considered an apex predator.

Having said that, the shock they produce is so brief that it rarely kills a human, you won’t enjoy it, but you will probably survive it. So what about this relatively young crocodile? How will he get on with an electric eel charging him up?

It looks like it’s lights out for the croc, but you do see him twitch in the very last second of the film. I guess we’ll never know how he did. I’m not sure what the camera man’s shouting about either? Anyone know what he’s saying?