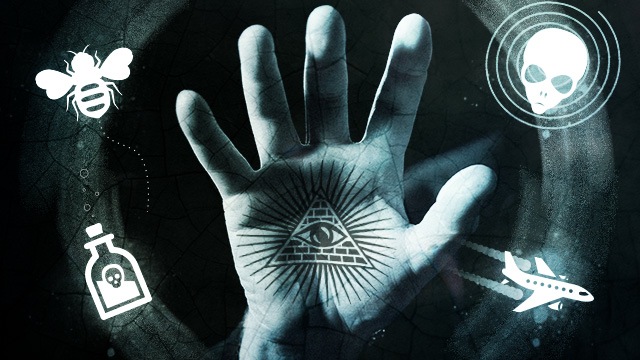 Hours after the Boston bombings, the conspiracy theorists came out in full force, screaming about an ‘inside job’. What is it about society that makes some people believe in inside jobs, deadly chemtrails and satanic secret societies?

Literally hours after the Boston bombings, a video started making the rounds online about how there was a Facebook page, set up two days EARLIER, memorialising the victims. The video said this page was proof that the American government had inside knowledge that the bombings were going to happen, and that they were somehow behind it all, just like they were with 9/11, 7/7, etc, etc. Here is the video:

In a matter of minutes I found that actually, that page was previously dedicated to something entirely unrelated, and that the admin had simply changed the name of the page after the bombings took place. Someone with a conspiratorial mind sees the name of the page, sees the date the page was created, puts 2 + 2 together and gets -5.

This isn’t an isolated case – there are countless websites and videos all over the Internet which pedal the same paranoid nonsense: that 9/11 was an inside job carried out by the US government, that the government are spraying dangerous chemtrails into the sky to control world population, that the world is controlled by the dreaded, devil-worshipping Illuminati; a secret society hell bent on world domination through the brainwashing of the general public that will ultimately lead us into a new world order, full of darkness and evil. 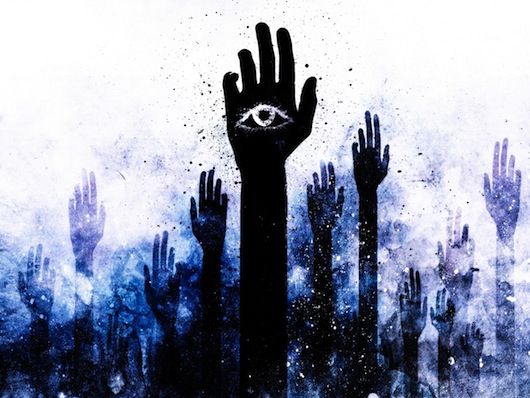 Conspiracy theorists reading this far will have already made up their minds: I am a sheep, I swallow everything I am spoon-fed by my government and media, I am happy to live blissfully unaware and ignorant of the reality that the world around me is being controlled by a group of rich, powerful men in suits (giant lizards in disguise, according to some) who meet in tiny, secret rooms in hush-hush, hidden locations to discuss their evil plans for the future.

The truth is, I’m a sceptic myself. I don’t in any way deny that the world is being manipulated to a point by the mass media, government and capitalist corporations. However I don’t allow this information to delude me to the point of paranoia and accepting extraordinary conclusions from people who are overly and overtly anti-establishment. In my opinion, if you need to believe in crazy conspiracy theories to arrive at what you believe is the ‘TRUTH’ then it is no wonder why you feel that the few people in this world that are in power are such a big threat to you.

I’m not shitting on all conspiracy theories. Area 51? We know it exists. Who knows what they have done or found. The UFO at Roswell, New Mexico in 1947? Could be, after all there is life outside our own planet so it’s plausible we could come into contact with it. However, when I come across an idea that says HIV/AIDS was created to cleanse the world of ethnic minorities, or that WWII did not really happen and was in fact staged by the Illuminati to scare the world into pacifism, then I really have to start questioning what it is about people that makes them latch onto the ridiculous theories they read on the Internet.

So why do people believe in conspiracy theories? Other than the fact that some people are stupid, and will believe anything to feel as though they are ‘in the know’, there are more humanistic reasons why conspiracy theorists are so keen to believe the things they do. Put simply, they are afraid. Afraid of the lack of information they have and afraid of the idea of never knowing. Life has always been a mystery, there are things that will always go unexplained, and they cannot handle that because it scares them. They want everyone else to be scared, to ‘open their eyes’ and see what’s ‘really going on’. They will willingly believe a crackpot theory, because at least it provides them with an answer and better still, someone to blame. It is the same thing that makes people believe in religion: they want to feel there is a clear simple reason for events. The alternative, of random chance and an uncaring Universe, is disturbing to some. There must be a reason, someone must be to blame, there are no accidents.

I wonder what percentage of conspiracy theorists are actually dealing with significant depressive and/or nervous disorders. Surely prolonged exposure to conspiracy theories may not be healthy for some who may act disagreeably based on a theory i.e. assumption presented as fact. For those people, who may tend to be on the ‘losing’ side (politically, socially, economically) of society, believing in conspiracies is therapeutic. It allows them to explain why they are on the losing side (“we were robbed, lied to”), ease their hurt (“our opponents are too powerful, so evil, its no surprise we lost”) and then finally, restore their egos (“we know the truth, we are smarter than normal people, we are not sheep, we are special”). It is ironic that they believe it is others who are brainwashed: some of these YouTube videos, with their ominous music, scandalous information and out of context sound clips, really are a painful thing to behold. The biggest irony however is the fact that those who believe/propagate these myths are themselves scaremongerers, aping the irresponsible fear-mongering behaviours of the mass media that they are always criticising.