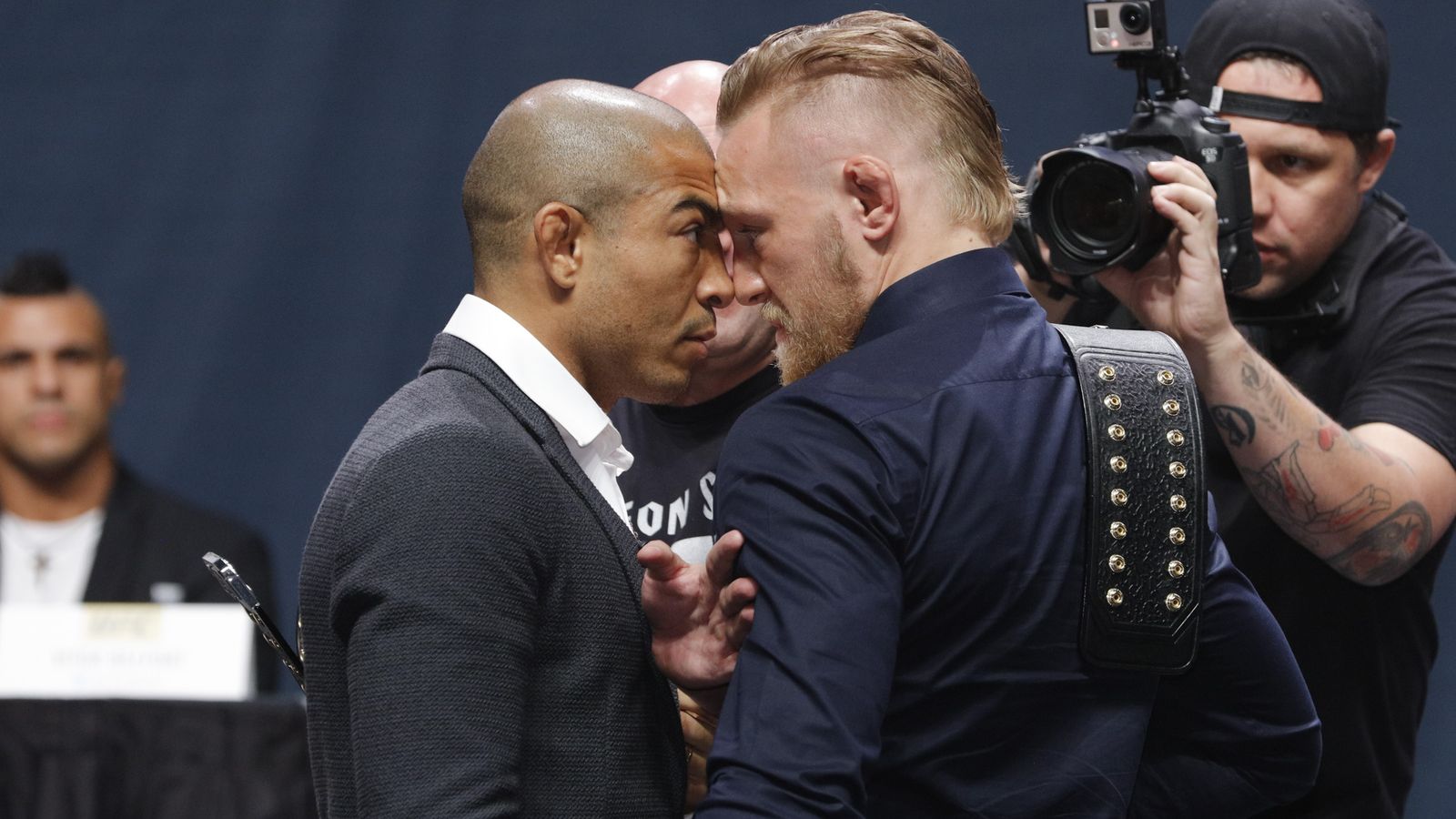 He has no choice but to shut him up one last time after this.

It’s open season on Conor McGregor at the moment following his loss to Nate Diaz at UFC 196, with everyone and their mums having a go at him for tapping out after all the shit he talked in the build-up to the fight.

McGregor is keen to get that victory back and he’ll have the chance to when he takes on Diaz again at UFC 200.

However, you’ve got to think he’s got Jose Aldo in his crosshairs too after what the former Featherweight champion said about him in an interview with Espore Espetacular the other day, as translated by MMA Fighting:

You will come back to the featherweight division with your tail between your legs after what happened, after that embarrassment.

You will come back. My hand almost caught you, but when it does for good, you will sleep.

I’m waiting for the rematch. It’s the right thing to do in my opinion because there was no fight and everybody wants to see a fight. Everybody wants to see me beating him up, and that’s what I’m going to do. I will run through him, that’s a fact. I don’t see other scenario in my head besides going there and winning and getting my belt back.

A bold statement, especially considering McGregor knocked him out in 13 seconds at UFC 194:

The fact is though that’s exactly the type of shit-talking that gets under the skin of someone like Conor McGregor, so here’s hoping he decides to shut him up one last time.

For a great documentary that charts the rise of Conor McGregor, click HERE.