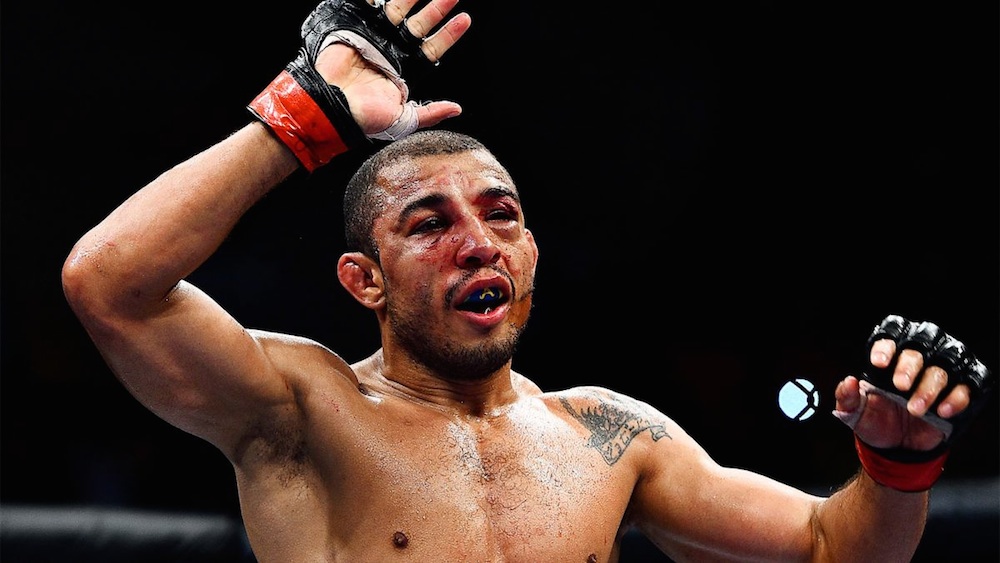 He’s got one demand.

It’s been a couple of months since Jose Aldo’s entire ten year, undefeated UFC legacy was dismantled in 13 seconds with one punch from Conor McGregor, and he’s been quiet ever since.

But that silence has now been broken in the following tweet, directly criticising the UFC and Dana White. Uh oh:

I was quiet until now, but I've decided to talk This is my message @ufc @danawhite @lorenzofertitta @TheNotoriousMMA pic.twitter.com/3FjMKak4xl

Well, it certainly makes sense that he should have been allowed a rematch, but I suppose the UFC just wanted to push forward with making Conor McGregor their main guy because he’s so box office, which is why they’ve got him fighting to become the first UFC fighter to hold two titles at once. Maybe they’re just saving this one for UFC 200 now that it’s confirmed Ronda Rousey won’t be back in time to fight at it? Or maybe they’re just fobbing Aldo off?

I don’t know, but I do know that everyone who loses a title should probably be granted a rematch at some point. I’m not sure that Conor’s actually scared of Aldo though, I mean I doubt I would be scared of someone I beat in 13 seconds?

However, most people in the world probably should be scared of him – check out Aldo’s highlight reel if you don’t believe me.