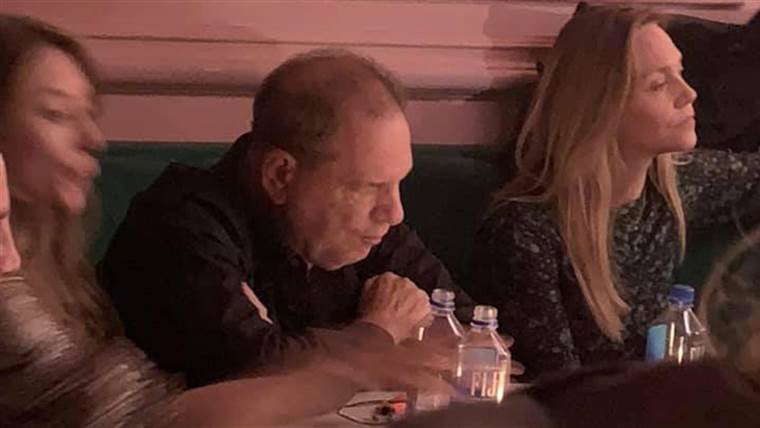 Worst night out ever.

Hollywood’s biggest creep and serial rapist Harvey Weinstein – who for some reason is not in jail yet -was in attendance at Actors Hour, an invite-only event at Downtime bar in New York on Wednesday night.

Comedian Kelly Bachman, herself a rape survivor, spotted Weinstein in the crowd and went straight for the jugular. I mean what did he expect was going to happen? 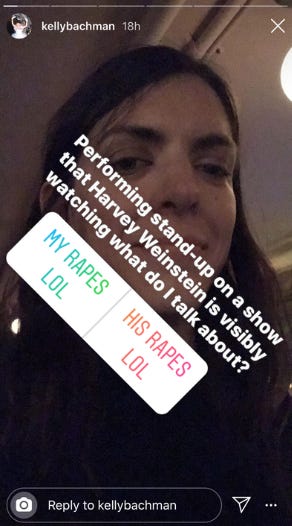 Actress Zoe Stuckless then walked right up to Weinstein’s table and went nuts on him, before eventually being asked to leave. I guess there’s only so much of a scene you can cause eh?

The most baffling part of all this is why the people who organised the event invited Harvey Weinstein in the first place. Seriously, what were they thinking?? I don’t think there’s anyone with a worse reputation in Hollywood right now. Anyone who has read the victim statements from women he sexually assaulted knows he’s a very unpleasant and dangerous dude – and this is the guy you want as a guest at your event?

If you don’t believe me you can read Cara Delevigne’s account of meeting him HERE. Or Salma Hayek’s HERE. There’s loads more too.