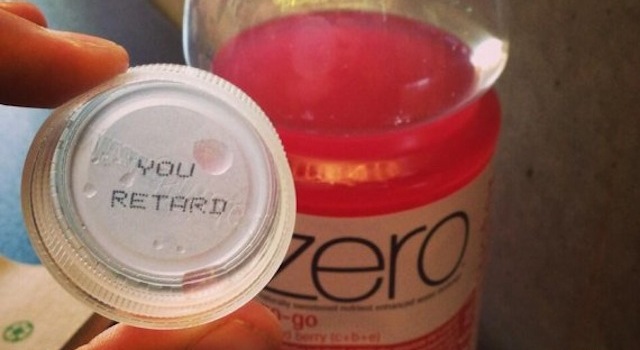 Ever the bad boys of global capitalism, Coca-Cola have been forced to apologise for printing â€˜YOU RETARDâ€™ on the cap of a Vitamin Water bottle.

In a possible attempt to liven up their brand image after the boring ‘this Coke has your name on it so you have to buy it’ campaign, Coca-Cola have strengthened their position as the bad boy of global capitalism by printing ‘YOU RETARD’ on one of their bottle caps.

The incident occurred in Alberta, Canada, when Blake Loates sat down to enjoy a delicious bottle of Vitamin Water — a product owned by the Coca-Cola Corporation — to find that her refreshing drink contained an offensive message. At first she thought it was the work of a disgruntled employee at the factory, but when she contacted the company she was shocked to discover that they had in fact intentionally printed ‘YOU RETARD’ on the bottle cap. 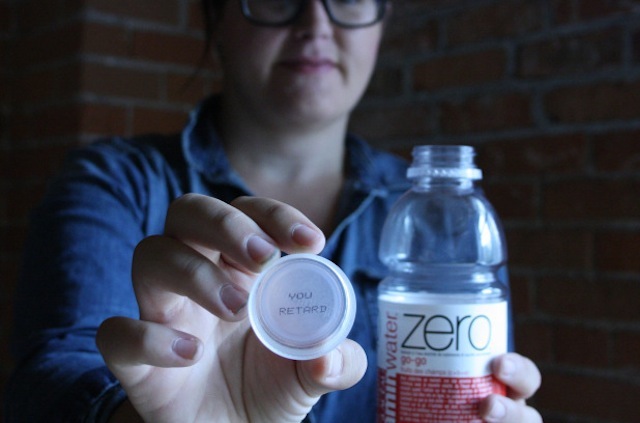 The message was produced as part of a campaign by the company, in which they printed one random word in English and one random word in French on each Vitamin Water bottle cap. Consumers were meant to collect the caps and form humorous sentences from them, which actually sounds extremely boring. A spokesman for Coca-Cola said that in French the word ‘retard’ simply means ‘late’, or ‘delayed’, in which case the French are always ‘retarded’. They’re just too laid-back and Continental.

Blake’s younger sister suffers from cerebral palsy and autism, so understandably she was extremely offended by Coca-Cola’s misguided attempt to engage with their customer base. Another consumer also contacted the company to complain after they found a bottle cap calling them a ‘douche’, the French word for shower. Coca-Cola have since cancelled the promotion, destroying every single message containing bottle cap in the process.

It’s always amusing to watch global corporations fuck up their attempts to engage with consumers through poorly thought out PR campaigns. 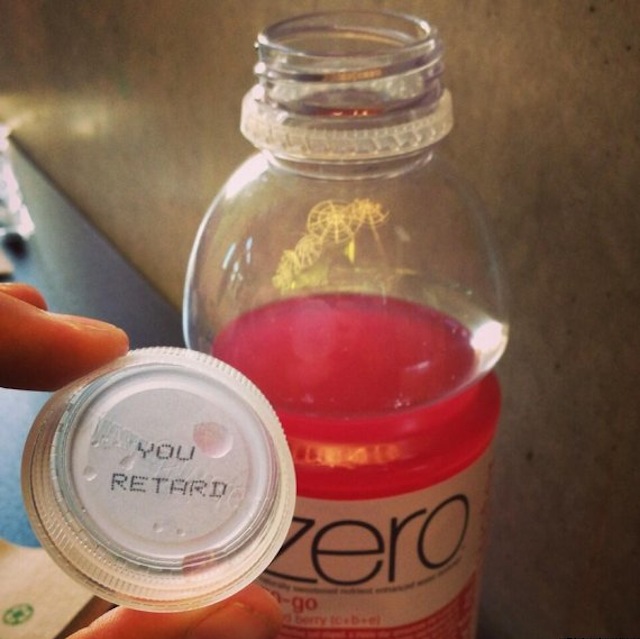