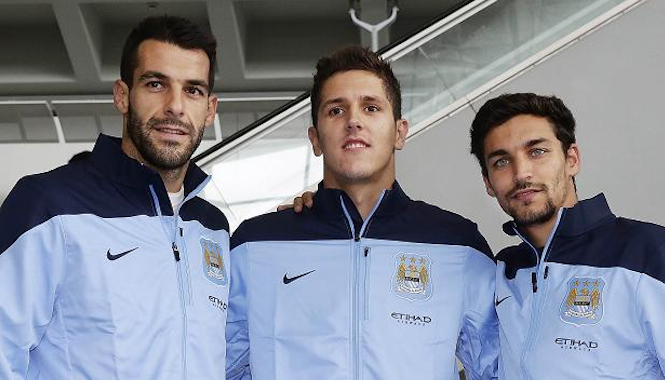 With the Sick Chirpse Fantasy Football League set to kick off soon, you’re probably struggling to pick your teams – check out this infographic so you know which teams have the most new players and who you need to investigate for the coming season.

Ok, so this is a couple of days old and doesn’t have Caulker’s transfer to Cardiff or Roberto Soldado’s £26million move to Spurs included, but it’s still pretty interesting – especially when you’re thinking about who to stick in your team for the Sick Chirpse fantasy football league this year.

I mean who would have thought that Norwich and Sunderland had bought the most players this season – you probably want to check out some of those because you know there are gonna be a couple of jewels in there. I reckon Jozy Altidore could be a shout (he was sick in the Dutch league last season and was never that bad when he played for Hull, despite a shitty goal return, he always seemed unlucky to me), or maybe Ricky Von Wolfswinkel, although I’m not sure about him so much.

Only time till tell – until then enjoy studying this graphic: 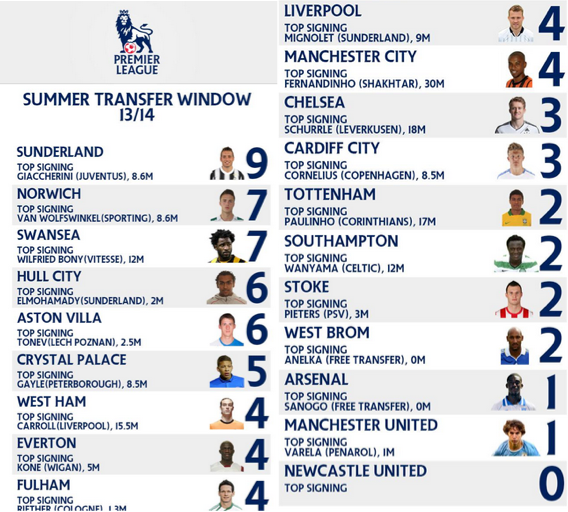