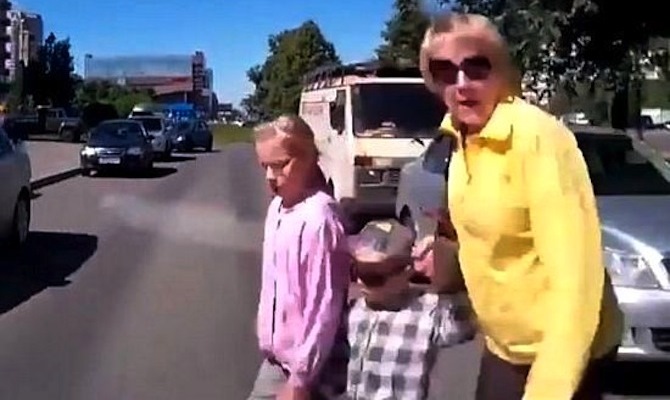 Shocking video, but don’t worry – the kids are okay. Here’s why you should always look both ways before crossing, even on a one way street.

This is pretty bad, but not as bad as it sounds. It’s pretty much the reason why you should look both ways before crossing, even on a one-way street. The kids — credit to them — take the hit like absolute champions.

It appears the driver is headed the wrong way down a one-way street as all the parked cars are facing his direction. Mum has probably crossed this street before and as she knows it’s one way only looks one way before crossing. Luckily the guy was only going 29km/h on impact; it could have been much worse.

It will probably be some time before these kids trust mum’s decision making skills again. It also looks like the little girl got confirmation of what she has probably long suspected — she’s not the favourite.

How To Drive In Russia