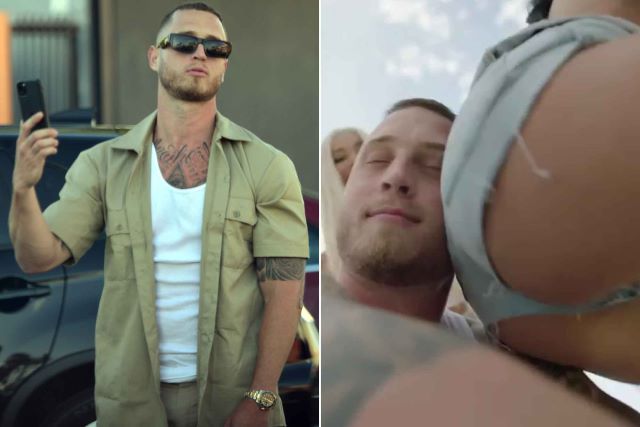 Even after Chet Hanks shared a video explaining the rules and regulations for ‘White Boy Summer’, I think most of us still don’t fully understand what it’s supposed to be about.

Not to worry though, because Chet has now dropped the White Boy Summer music video, which doesn’t really bring us any closer to understanding what it’s all about but is a pretty wild ride all the same:

Wow, doesn’t get any whiter than that, does it? Did I hear an N-bomb there towards the end too? Sounds like Chet Hanks got himself an N-word pass. Although maybe he’s just managed to convince people he’s black because he nails that Jamaican accent so hard? I don’t know. What I do know is that it’s still absolutely mind-boggling that Chet Hanks is Tom Hanks’s son. He’s basically the complete opposite of what you’d imagine Tom Hanks’s son to be like. Which makes the whole Chet Hanks phenomenon even more fascinating.

So yeah, still not entirely sure what White Boy Summer is all about, but I’m sure we’re all looking forward to it. Just make sure you bring the collared shirts and Factor 50 in preparation for the months ahead. Can’t wait!

For video footage of a bloodied Chet Hanks accusing his ex-girlfriend of stabbing him in the face, click HERE. Not a great start to the summer!