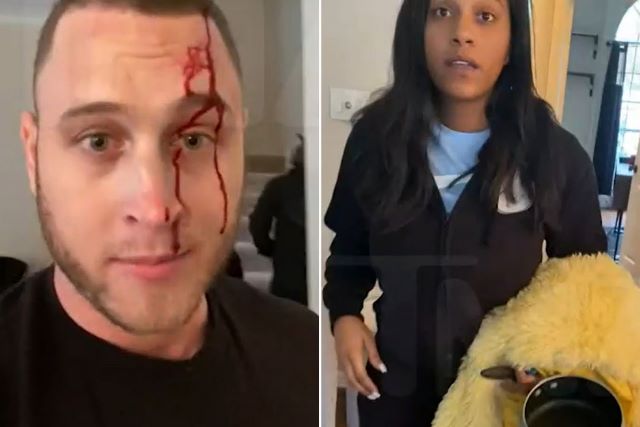 The last thing Chet Hanks needs before the highly-anticipated White Boy Summer is for his ex-girlfriend to stab him in the face in some f-cked up domestic dispute, but it looks like that’s exactly what’s happened this week.

Chet shared the following footage accusing ex-girlfriend Kiana Parker of attacking him with a knife after he caught her stealing from him (via TMZ):

It’s worth noting that Chet’s not the only one to claim violence; Kiana got a restraining order against him in January, alleging he roughed her up on multiple occasions between Oct. 2020 and Jan. 2021.

What I want to know is what happened to Chet’s Jamaican accent? Like OK we get it mate your fake American accent was really impressive in ‘Your Honor’, you don’t need to carry it on into the real world too. In any case let’s hope White Boy Summer still goes ahead as planned and that Chet Hanks has stocked up on his pink shorts, collared shirts and SPF90 in preparation for the months ahead. Can’t wait!

For a video of Chet doing a near-perfect Joker impression, click HERE. His dad would be proud.