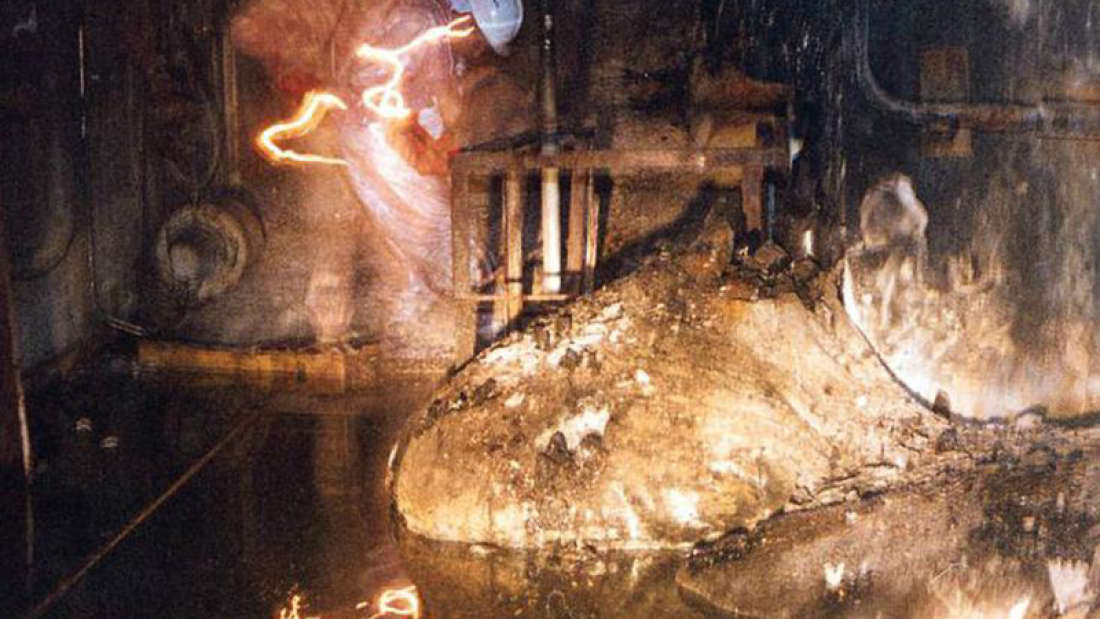 Worse than the flames of hell.

HBO’s recent drama Chernobyl is one of the most stunning dramas to have hit our screens in recent times, chronicling the world’s worst nuclear disaster in history and the even larger effects it had on the country and the rest of the world.

People were so engrossed, it even received a higher rating than Game of Thrones and Breaking Bad. Yeah, it really is that good – if you haven’t seen it, we highly recommend you do.

If you did tune in, you’ll know all about reactor 4’s exploded core, and how it was dubbed the most dangerous place on Earth. At the time of the explosion in 1986, the radiation here was so strong that it would kill anyone who stepped near it within minutes.

Fast forward ten years and the site was still emitting powerful and dangerous radiations. And yet one man managed to capture a picture at the site, serving as a harrowing reminder of the disaster’s continuing damage.

As outlined by IFL Science, the snap was taken in 1996 at the Elephant’s Foot – a once-molten concoction of uranium, graphite, concrete, and sand – that formed during the Chernobyl nuclear disaster.

The guy photographed with the radioactive slop is Artur Korneyev (sometimes translated as Korneev), a Kazakhstani nuclear inspector with a dark sense of humor who first came to Chernobyl shortly after the accident.

Among others, he was tasked with the intimidating job of finding the rogue fuel and measuring radiation levels in the bowels of Chernobyl.

At this point in time the Elephant’s Foot was emitting around 10 percent of the radiation it once was, and while this is still enough to severely f-up a person, Korneyev dared to enter to measure levels and take a quick photo while he was at it.

As you can see from the weird way it’s developed, the image is grainy and overexposed.

This is not the result of poor camera quality, nor some Instagram filter, it’s due to radiation messing with how the film developed.

As a result, this had led the photo to be dubbed the most radioactive image on Earth.

For more on the Chernobyl disaster, read the incredible story of the only baby born in the Exclusion Zone.

If you wanted to take a tour around the disaster area, then look no further than https://chernobylstory.com, the ultimate tourist company for the area. A truly unforgettable experience.