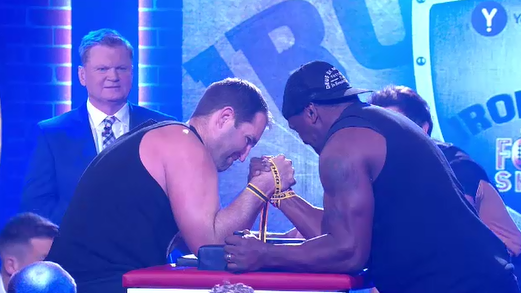 A charity arm wrestle went completely tits up earlier today when a former Australian rugby league star literally snapped another’s arm in half. It’s as brutal as it sounds – you have been warned:

Wish you never watched that right? Doesn’t get any easier the second or third time around either. Surprised the audience didn’t start puking all over the place. Let’s hope this guy recovers, somehow.