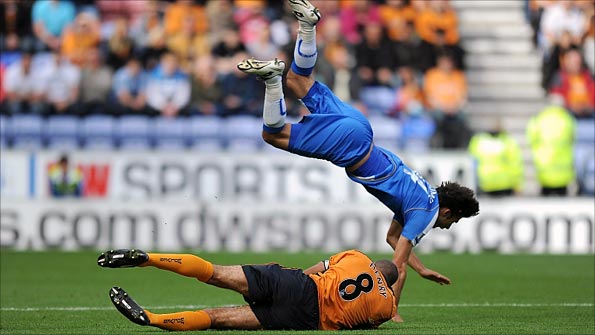 You’d never guess this happened on the football pitch.

During a non-league cup game between Felixstowe Harpers And Ipswich Valley Rangers the other day, striker David Gibson was tackled and fell face-first at top speed into the fence post at the side pitch. He fractured his skull, nose and eye sockets – not really the kind of damage you would ever expect to pick up in a football match.

It’s the worst thing I have ever seen. But at the end of the day it was an accident and it’s obviously a difficult time for the family.

David stumbled into (the post) at quite a pace although it was a normal challenge.

Head over to the next page to see Gibson’s NSFL injuries up close and personal – get well soon dude.