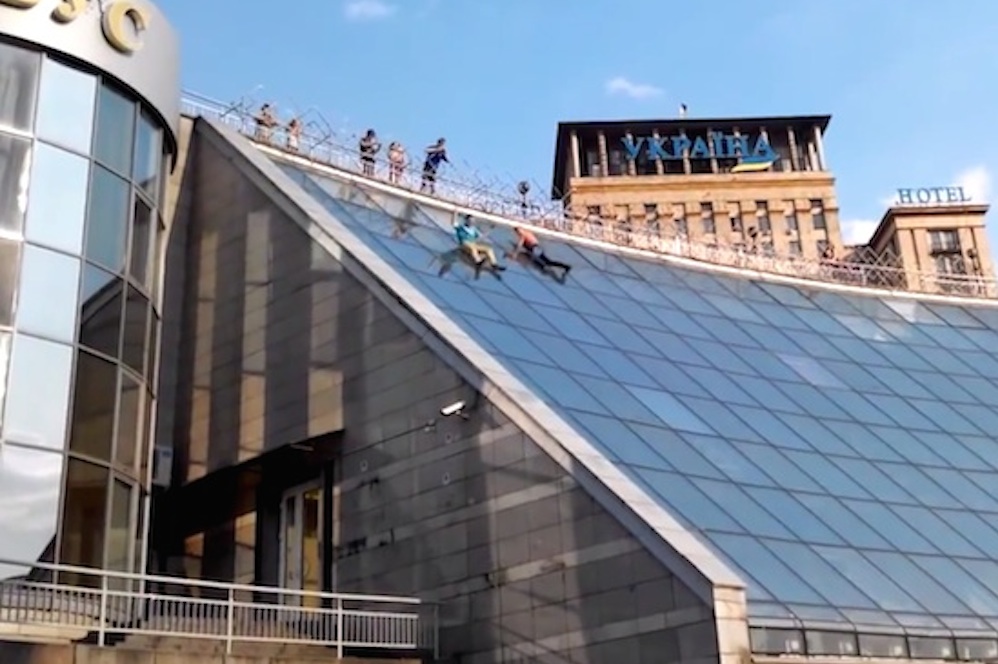 I’m sure anyone who lives in Manchester has thought about sliding down the roof of the Arndale Centre food court, but hardly any of you have actually had the balls to do it.

Well, it turns out that all you need to do to man up and do it is be insanely stupid and insanely drunk and possibly Russian too. These two Russian kids were completely trashed and decided to slide down the roof of a similar looking building somewhere over there in the huge country.

Unfortunately for them, they completely underestimated what was going to happen and how fast they were going to be travelling when they fell off the end of the slope, and there’s an absolutely sickening thud as they slip off and land on their butts on some stairs. It looks like they’ve smashed their tailbones and completely messed up their bodies from the looks of things when they’re pretty much paralysed in pain on the floor with their arms and legs at weird acute angles. Scary.

Perhaps sliding down the Arndale Centre isn’t such a good idea after all. Maybe just stick to getting married at a shopping centre if you want to do something outside of the box at one.