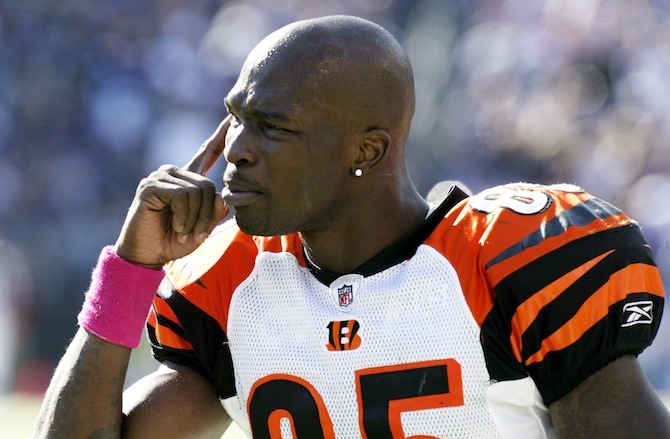 Chad Johnson landed himself in jail for 30 days after slapping his lawyer on the backside while in court. 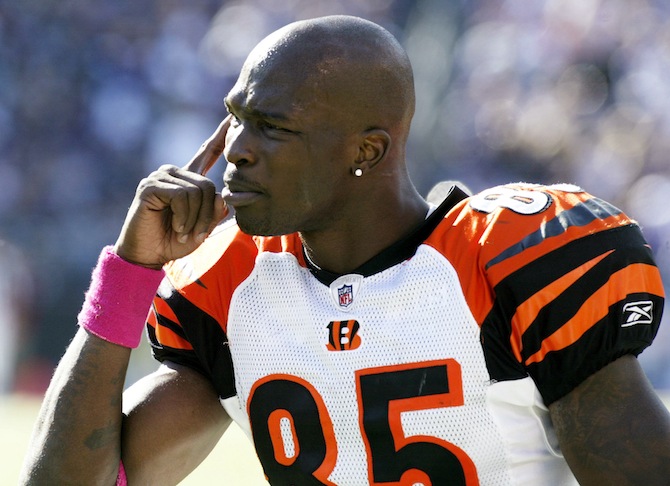 We all have those moments of regret. Whether it’s turning over in the morning after a heavy night out to see someone you wouldn’t look twice at in the light of day or downing a tequila and whiskey shot because you’ve just seen your mate neck one, we’ve all been there.

More often than not, after a bit of finger pointing and laughing at your expense, these regrets fade away with the hangover that so often follows your stupid actions. Unfortunately for former NFL wide-reciever Chad Johnson, he’s got 30 days in jail to mull over and regret what he decided to do in a Florida courtroom.

Johnson was in court over a probation violation in a domestic violence case (he nutted his now ex-wife Evelyn Lozada back in August last year). After reaching an agreement with prosecutors, he was due to be handed a community service order and counseling. All seemed to be sorted but when Johnson was asked whether he was satisfied with his attorney, he decided to show his gratitude by giving him a slap on the butt.

â˜› What Not To Do In A Courtroom: Man Punches Judge

Judge Kathleen McHugh then went off on one. After the courtroom had a good chuckle, Judge McHugh said: “I don’t know that you’re taking this whole thing seriously. I just saw you slap your attorney on the backside. Is there something funny about this?”. Johnson tried desperately to dig his way out like a little schoolboy by claiming that he didn’t mean to disrespect the judge, but the damage was already done. The judge went on to backtrack and reject his no-jail plea, sending him down for 30 days.

Check out the video of Johnson slapping his lawyer on the backside below:

Now I’m not trying to make out that Chad Johnson has done something terrible, I’m just highlighting that he’s an idiot. His slightly homosexual actions may have gone down on a football field without anyone batting an eyelid, the bad news for Johnson is that he was in a courtroom, sat opposite a sour faced woman who wasn’t going to take shit from anyone because it’s that time of the month and no one is allowed to laugh in her courtroom, and it looks like he’s paid the price for it now.

â˜› The NFL Is Full Of Idiots: Twitter Helps Educate Our Young