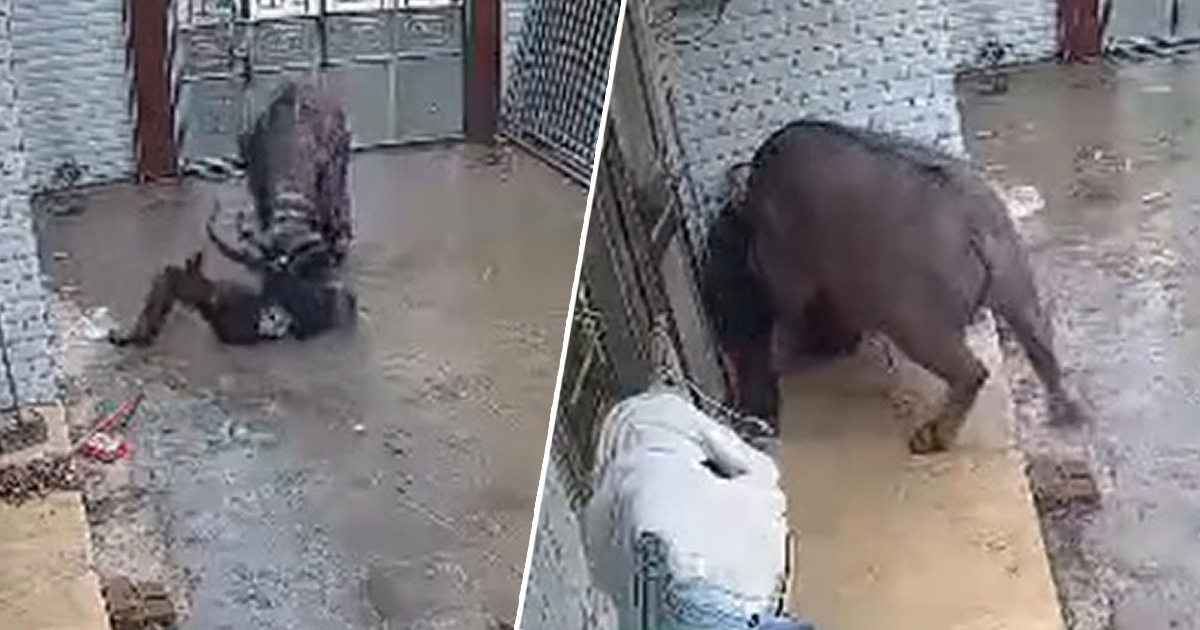 CCTV footage captured in the city of Meizhou in China’s southern province of Guangdong this week saw a bull obliterate its owner after escaping from the slaughterhouse.

It looks like the first witnesses, a father and son, were smart enough to get indoors and as far away from the bull as possible, but the owner of the slaughterhouse tried to take the beast on and ended up regretting it in a massive way – three times:

Ouch – that looked and sounded painful. It’s not nice to hear an old man stumble around and make those noises after being gored three times by a bull is it? Even if some people are making the argument that he got what was coming to him. I’m sure the bull definitely thought so (if he has an awareness that this guy was keeping him for slaughter). Could be a classic case of karma if that’s how you wanna look at it.

Good news for the villager is that he only suffered a couple broken ribs and a ruptured small intenstine, and his injuries aren’t life-threatening. The bull was later captured and transported back to the abattoir. So it looks like we’re right back where we started. Should have just ran for the hills and let karma get the old man some other way.

For the man hospitalised with a three-day erection after taking a bull sex stimulant, click HERE. The hell was he thinking?