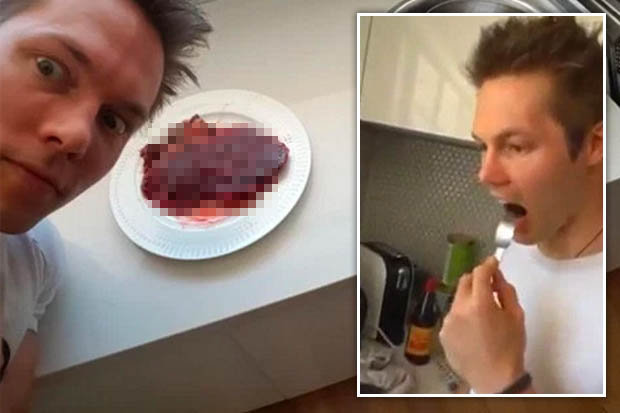 A man named Aaron Curtis decided that it would be a good idea to hold onto his wife’s placenta after the birth of their daughter.

The Australian bodybuilder explained in his YouTube video that the placenta is a good organ to consume:

With the birth of my first child, I thought I would consume the organ that provided her with life during the pregnancy, in the hope of making some gains.

Although this might make sense to some people, I can’t help but think that it’s probably one of the grossest acts you could carry out after the already gross process of childbirth. He even mentioned that he had to “wash off the slime” in order to “minimise the chance of dying.” Thanks but no thanks.

The sight of that thing sat on a plate made me want to vomit so bad. I know, I know, it’s natural and all that, but fuck me. It looks like something pulled from the set of a horror film. Why would you want to put that in your mouth?