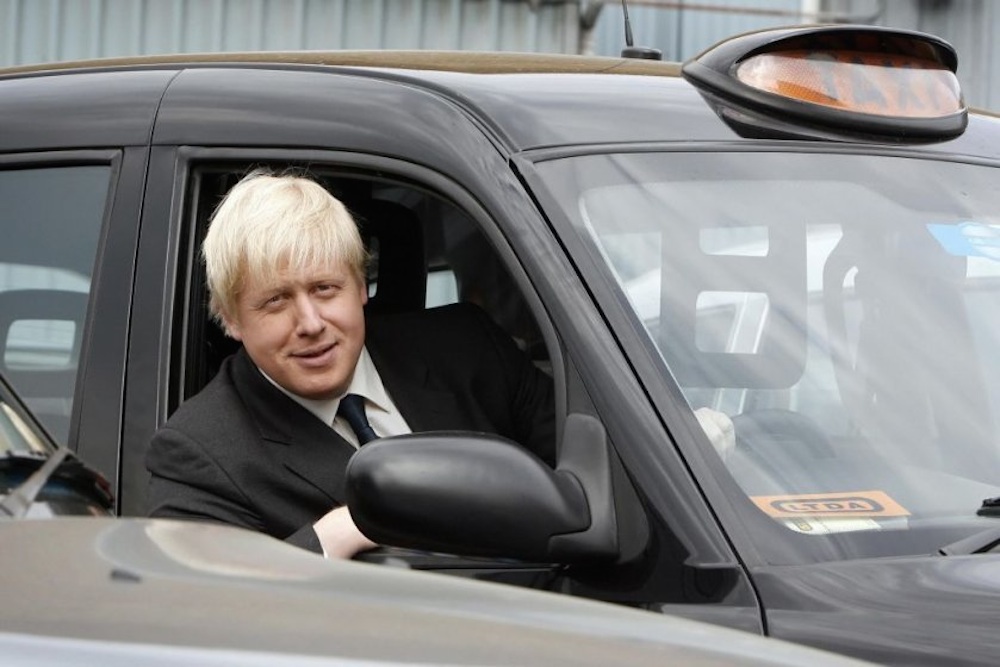 Boris Johnson plays his role of a loveable buffoon to perfection most of the time – whether it to be hanging on a zip line like an idiot or flukily hitting basketball trick shots, he’s got it down and that’s probably why he’s a popular character despite being best buds with David Cameron.

However, that mask slipped slightly when he pointedly told a black cab driver to ‘fuck off and die’ whilst riding home on a (presumably Boris) bike late last night on St John Street in Islington. He then reiterated the statement with an added putdown at the end, saying ‘why don’t you fuck off and die – and not in that order’. Wow – that guy got absolutely shot down.

So what did the black cab driver do to warrant this reaction? It’s being said that the cabbie wound his window down to talk to Boris when he spotted him about his lack of support for black cab drivers with the emergence of Uber. Unfortunately that part of the conversation wasn’t caught on camera, but we do get the cabbie driving off shouting ‘you’re one of them mate’. I presume he doesn’t mean an Uber driver but I’m not sure what he’s actually getting at there – maybe a rich asshole?

Either way, this will probably only serve to humanise Boris Johnson rather that adversely affect him and it’ll also probably mean most of us like him even more now. Can he do any wrong?

Guy Falls Asleep In Taxi; Ends Up Watching Take Me Out With Taxi Driver