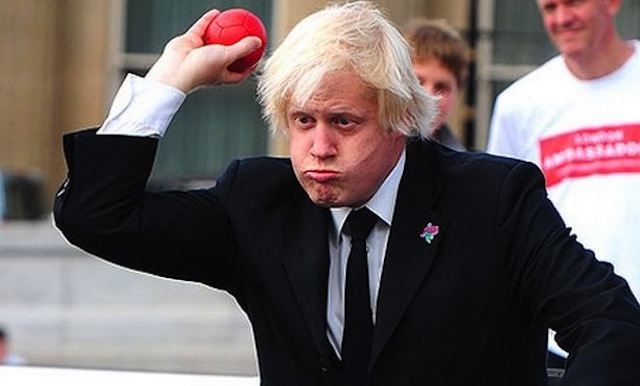 Weeks after mocking people with low IQs, Boris Johnson gets put to the test on live radio and fails fairly miserably.

A couple weeks ago, London mayor Boris Johnson was criticised for mocking the 16% “of our species” with an IQ below 85 and for suggesting that more had to be done to help the 2% of the population with an IQ over 130.

He said: “The harder you shake the pack the easier it will be for some cornflakes to get to the top”, before adding, “Some measure of inequality is essential for the spirit of envy and keeping up with Joneses that is, like greed, a valuable spur to economic activity.”

But what about Boris Johnson’s IQ? Surely someone making these type of comments should be put to the test, and put to the test he was, during a surprise ‘IQ test’ on an LBC radio phone-in.

While it may not have been your traditional IQ test, Boris was clearly feeling the pressure as he failed to answer any of the questions correctly and as is typical of him dropped some right clangers in the process.

During the interview he:

– Couldn’t answer the question “A man builds a house with four sides of rectangular consruction each side with southern exposure. A big bear comes along. What colour is the bear?” (He answered “brown”, but the answer is white because it must be a polar bear on the north pole).

– Couldn’t answer “Take two apples from three apples and what do you have?” (He answered “lots of apples”, the answer is 2 apples).

– Refused to answer “I went to bed at 8 in the evening last night and I wound up my clock and set my alarm to sound for 9am. How many hours sleep did I get?”

– Claimed Marble Arch tube station had once been called Selfridges. He’s made this claim twice before, for some reason, but it has never been true.

– Had no idea how much a tube ticket from Angel to London Bridge costs.

– He also said he’s open to the idea of changing tube names if the price is right. He said as an example, Samsung could change Tottenham Court Road to their company name if they coughed up the dough.

Boris rounded off the interview by saying “no one said IQ is the only measure of ability.”