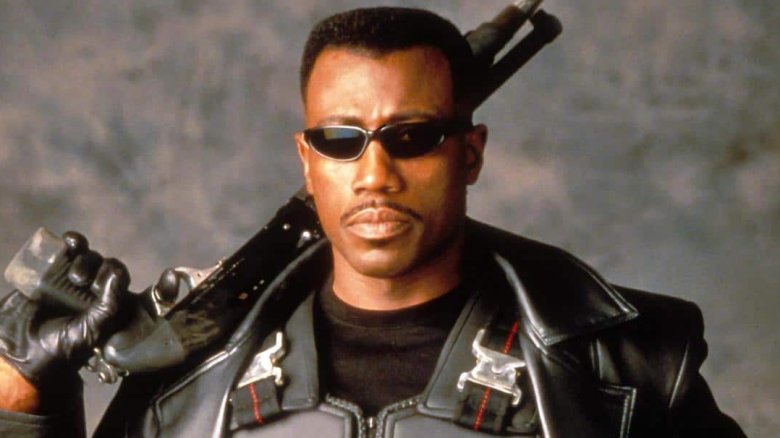 Marvel could be changing Blade’s backstory in order to diversify the MCU.

The Blade movies were some of our favourite “bad” movies to watch growing up, and now they’re finally coming into the Marvel Cinematic Universe with one of the best actors in the game right now replacing the legendary Wesley Snipes.

Mahershala Ali (Moonlight, Free State Of Jones, House of Cards, True Detective) surprised the crowd at Comic Con last week when he threw on the Blade hat and confirmed his starring role:

According to film journalist Matthew Kadish, the word on the web is that Marvel president Kevin Feig is looking to diversify the Marvel universe and plans to reboot the character of Blade as a Muslim.

Can’t hurt that Mahershala Ali himself is a Muslim, and even Wesley Snipes converted to Islam in 1978 (though he left the faith in 1988 – 10 years before he became Blade).

There’s no official announcement on this but the idea of Blade being rebranded as a half-mortal, vampire-killing Muslim samurai has already got people talking and there’s not even a release date in sight.

Apparently Marvel is changing Blade’s backstory so he can be the MCU’s first Muslim character.

Blade. The angry brown-skinned man who cuts off people’s heads with a sword. That’s who they chose to represent Muslims.

And hear me out here….

They could have made a new character and left this one alone.

Since it turns out Blade is a Muslim now I’m guessing vampires is code for infidels. So Blade will be fighting non believers and those who insult Mohammed

Anti-PCers call everyone snowflakes then freak out when Marvel think about making Blade a Muslim, catch yourselves on

It doesn’t matter that you want to have a Muslim superhero. It matters that you are dumb enough to think that Blade, an African-American daywalking vampire since birth, would EVER care about human religion, let alone participate in it. You insult the characters AND the audience. pic.twitter.com/l3PPsSnQFG

I really dont care . Yall complaining about it. As long as the movie is good I dont give https://t.co/hyNTyLRXkH 🤷🏾‍♂️🤷🏾‍♂️🤷🏾‍♂️

So a female Thor, black female 007 and now a Muslim Blade. I don’t really see the problem as long as the movies are good and that they leave the ‘woke’ angles out of these films and focus on making a bunch of killer movies. Again these are purely rumours for now, so let’s see how they pull it off if it actually happens.

To see why Chris Pratt got accused of being a white supremacist last week, click HERE. Yikes.