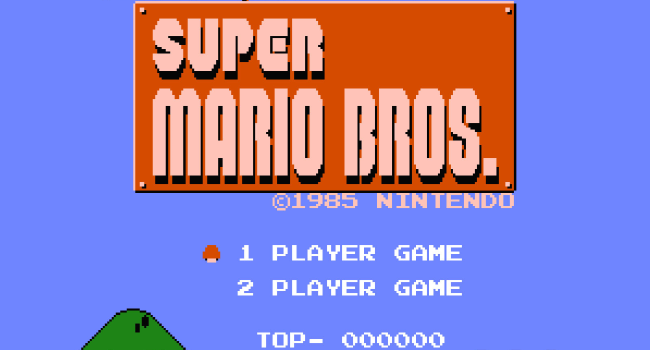 Get that Friday feeling by watching The Roots’ lead rhymer bring knowledge over the seminal 8-bit video game theme.

Hip-hop geeks and video game nerds came together (not physically, that would make a terrible mess) as one this week when Tariq Trotter, aka Black Thought from hip-hop legends The Roots dropped science over the theme to NES classic Super Mario Bros.

The short-but-sweet segment was part of US chat show Late Night With Jimmy Fallon, which held its Video Game Week all throughout this week. Black Thought, a self-confessed “massive game freak” has mad flow and did a solid job, backed up by The Roots themselves, who are the in-house band on Jimmy Fallon.

He gets extra props for mentioning Mario creator and all super-genius Shigeru Miyamoto at the very start. Check it;

Technically he doesn’t rap over the entirety of the Super Mario Bros theme, just the first four or five notes but he still managed to keep it real without sounding cheesy or wince-inducing, like if you or I tried to do it.

Black Thought and The Roots did top work but as far as your correspondent is concerned, the definitive Mario Bros rap has been – and always be – the intro to 1989’s The Super Mario Bros Super Show. Represent.