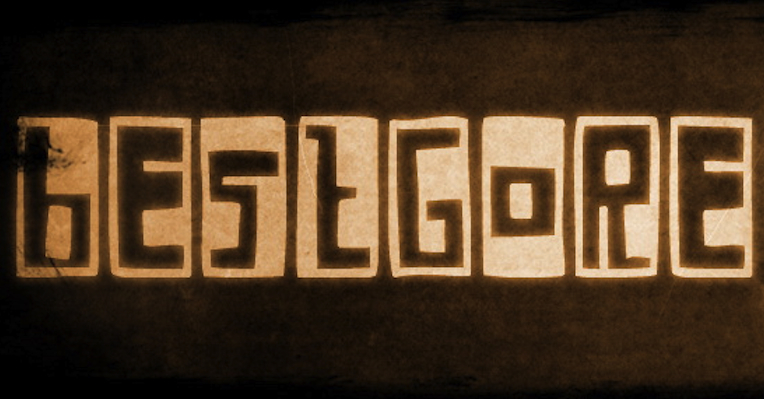 This is probably the most horrific website I have ever had the (dis) pleasure of discovering.

So today some kid called Robert Cavanagh sent us the link to bestgore.com and told us that we had to check it out because it was fvcking sick. Whenever I use the word sick these days it tends to be in relation to something that is really cool or awesome (you know, like Sick Chirpse) rather than for something that is actually fvcking horrible and disgusting and awful. Guess which one of the two bestgore.com fits into?

Now, you might be thinking something along the lines of ‘whatever dude, this guy is some kind of pussy and I bet bestgore.com just has some crappy pictures of gross stuff and maybe a couple of really bad videos where some guys with prosthetic limbs get cut up or something.’ Well yeah, if you’re thinking that then you would be completely wrong.

On my first visit to the site – which was probably a couple of hours ago – I clicked on beheading and found a video entitled ‘One Icepick, One Lunatic.’ I was like ‘Ok sure, I’ll give it a go.’ I probably should have read the summary before I clicked on it because it’s pretty much a snuff movie, and a fvcking horrific one at that.

There’s a living, breathing naked guy tied up on a bed and another in a kind of mask listening to some 80’s song (I think it’s New Order). He walks around for a bit, then stabs the guy in the neck and chest a bunch of times and then it gets really screwed up. Really, really, really screwed up. Like probably the most screwed up thing I think I have ever seen in my life. It pretty much ticks every box. I had to stop watching because it was so fvcking gross. It was that horrific.

I’ll tell you what happens so maybe you don’t watch it. You’ll probably end up watching it though because you won’t believe that any of the things I say happen in the video actually happen. So here goes: obviously because it was in the beheading section the guy gets his head cut off. He also gets all his limbs slowly cut off and then the murderer cuts off some flesh from his ass and eats it. Then he lets his dog come in and feeds some of his victim to the dog.

He cuts off the victim’s hand and uses it to jerk off with. Then he assfucks the corpse for a while, bearing in mind it doesn’t have a head or any arms or any legs. Then he sticks a bottle up the asshole and fucks the body with that for a bit. He finishes the video by using the hand again to jerk himself off. Then there are some after shots of all the limbs and heads and stuff all over the room. As it says on bestgore.com, it’s probably the sickest fvcking thing you will ever see in your whole entire life. It’s completely gross. I would not advise you watch it. Seriously. I can’t use enough words to tell you how fucked up it is.

After I watched that I left bestgore.com. I’m sure there’s probably some slightly less horrific stuff on there, like just some gross impalements (like the one in the picture above) or some people getting stoned to death or drowning or whatever but I really couldn’t deal with that level of grossness right then. In the ‘One Icepick, One Maniac’ there was a link to another post entitled ‘3 guys, 1 hammer’ where some Ukrainian kids murder a guy by repeatedly stabbing him in the eyes with a screwdriver and I was just so not into that right then. Or probably ever.

I mean, I can see how watching people hurt themselves is kinda cool on stuff like Jackass, or even seeing really gross things like impalements is kinda cool because it’s like ‘whoa, WTF how did that happen, that’s crazy!’ but watching people get cut up into little pieces and then seeing their bodies defiled really isn’t something that really interests me and I hope it never does.  Still, if that’s the kind of thing that floats your boat head on over to bestgore.com and go wild, it’s your lucky day.  Thanks again to Robert Cavanagh for the tip. You sick fvck.