Youâ€™ve got to love the ridiculousness of some of the fans spotted in the crowds during the World Cup this year.

You’ve got to love the ridiculousness of some of the fans spotted in the crowds during the World Cup this year. Just going all out on the face paint and fancy dress, basically leaving anyone who just showed up in a standard team kit in the dust.

Here are the best/worst spotted so far:

Not sure how this guy can possibly be having any fun at all, but gotta respect the effort it takes to stand still during an entire game of football. Seems to have backed himself into a corner now where he’s known as the statue guy and can’t bring himself to actually move anymore. 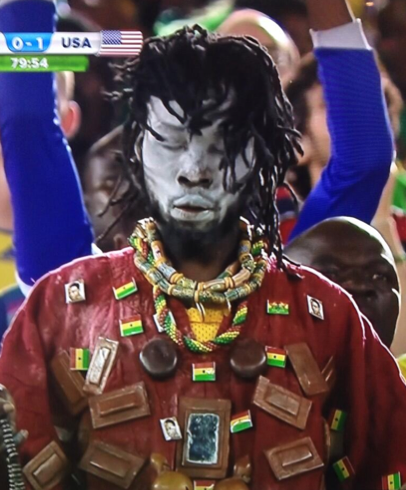 This guy wasn’t messing around at all — he was genuinely trying to put the voodoo on Dempsey and co when they played Ghana the other day. Didn’t quite work out but still, cool outfit. 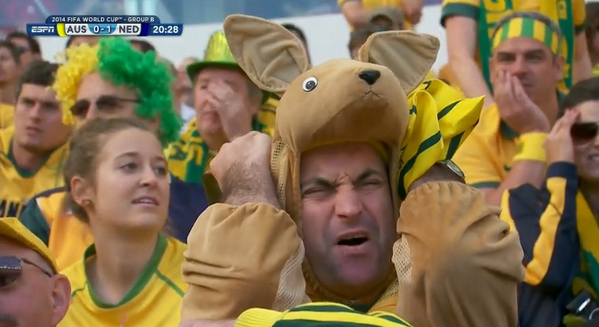 Only in the World Cup can a grown man dress as a kangaroo, have a mental breakdown and get away with it. 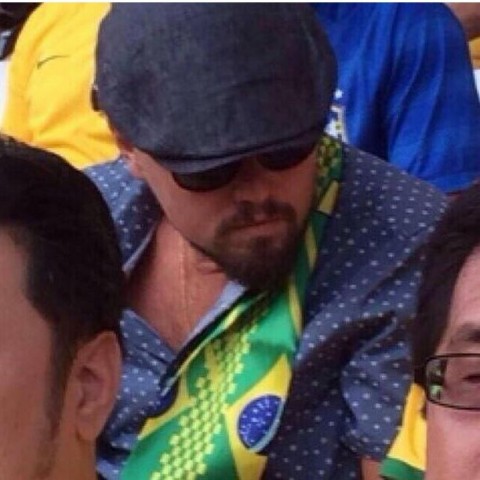 Guy just showed up disguised as a Brazil fan and everyone accepted it. 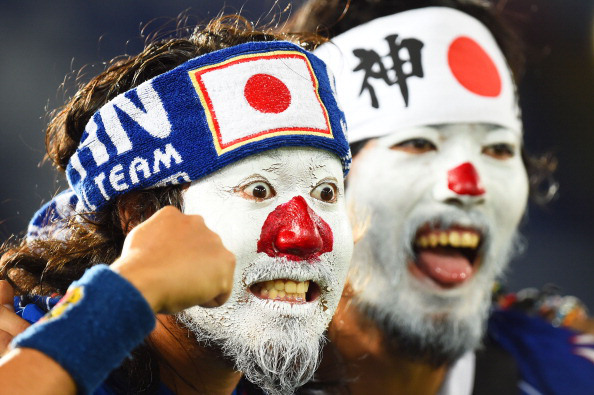 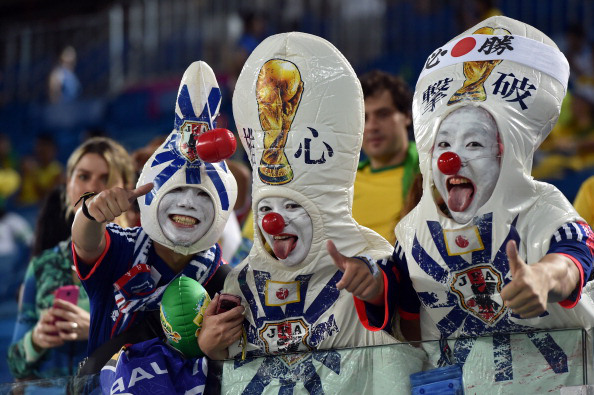 These guys and girls look intense as fuck. Never mind the fact their team played the most boring and uninspiring game of all time against Greece yesterday.

That’s got to cut deep into the feels for Spain fans. 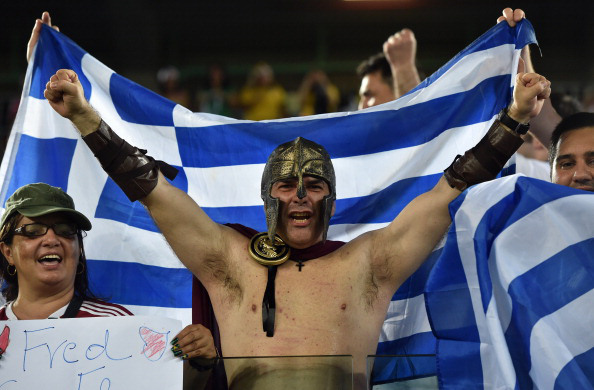 Greek dude not letting his lack of definition stop him from wearing a Spartan outfit — fitting considering the Greek team went down to 10 men and still held it up (albeit in a boring as fuck game). 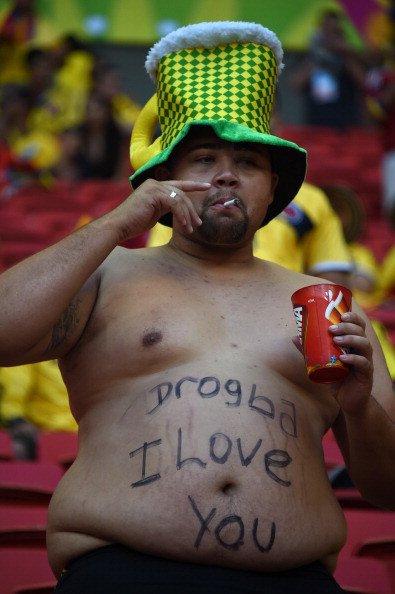 Does this guy even know where he is? Looks positively caked out of his mind. 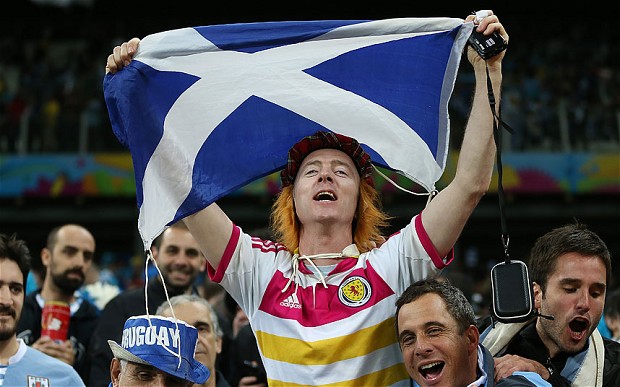 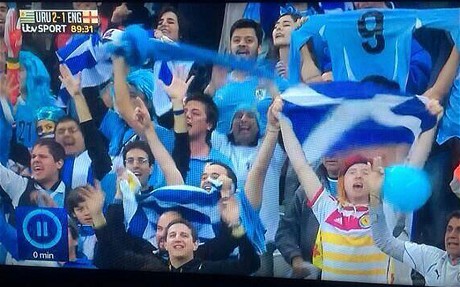 The hell was this guy doing camouflaged amongst a sea of Uruguay fans? Having the time of his life, that’s what. 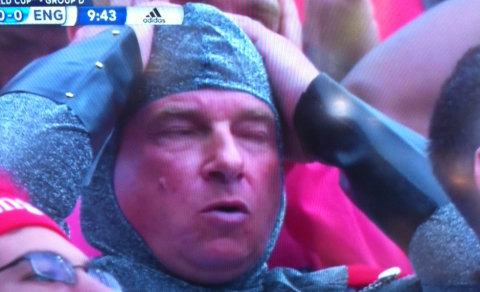 LOVED this guy during the England game yesterday. No better way to represent England than dressing as a fucking knight.

Also special shout out to the English dad who got busted swapping numbers with a Brazilian chick in the middle of the England game.