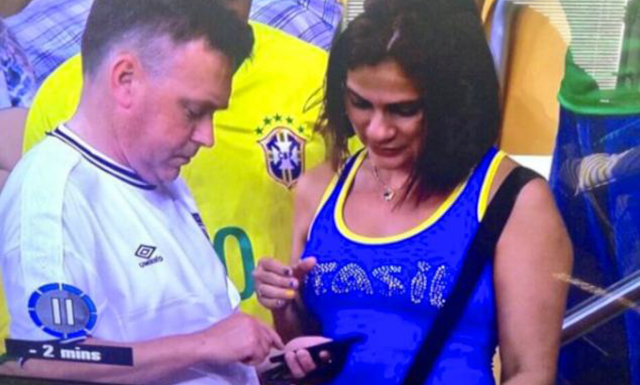 This guy has the worst luck.

This dude named Carl Wenz was at England’s opening game against Italy when the cameras picked him up as he was putting a Brazilian girl’s digits in his phone. The guy has four kids with his long-term partner and obviously denies he was doing anything untoward.

Regardless, the screenshot got shared all over Twitter and Carl was baited up to the absolute max.

Here’s how he explained it:

The girl in the photo asked me if she could have a picture taken with me, of which I said yes, her brother took the photo and I am seen looking at it on her phone.

Yeah, OK Carl. That’s exactly what happened. You definitely didn’t fly half way across the world to get away from your wife and kids in exchange for a few weeks of football and freedom and then get picked out out of 100,00 other people in a massive stadium the moment you were getting some Brazilian chick’s number. Let’s just stick with the photo story – good idea.

I suppose the excuse is kinda plausible though. Either way, the worst luck.