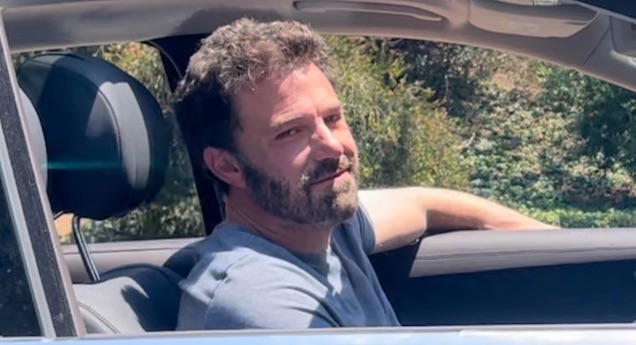 What a happy bunny.

Ben Affleck seems like he’s been having a pretty hard time the last few years – he’s been memed into oblivion, found himself getting a really awful back tattoo and was pretty much exposed as an alcoholic, cheating love rat – but it looks like things might be going OK for him now as he’s almost certainly getting back together with Jennifer Lopez.

It’s been well documented how Lopez and Affleck have been hanging out since the dissolution of her engagement with A-Rod, but neither have publicly commented on the relationship. The paparazzi have been all over them though and this shot of Ben captured by one of them after he left Lopez’s mansion after staying the night really does tell a thousand words: 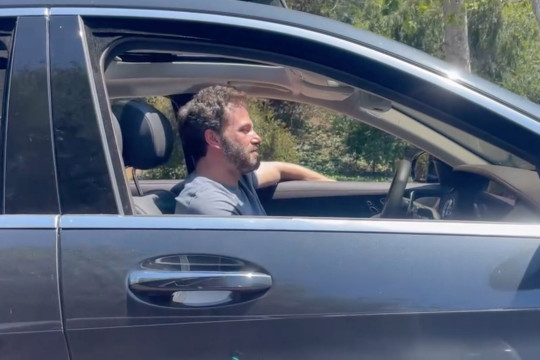 Yep, the cat really got the cream there didn’t they? An insider has also said that their relationship seems to be going well:

J-Lo thinks Ben has really stepped up and loves this version of him.

That’s great. Not really sure if Ben Affleck is that great a dude – he’s definitely done some questionable things in the past – but I don’t think that any of it has been so bad that he doesn’t deserve another chance at happiness. Wish them both the best of luck.

For more of the same, check out Ben looking like he’s about to cry after the negative Batman V Superman reviews. Never gets old.