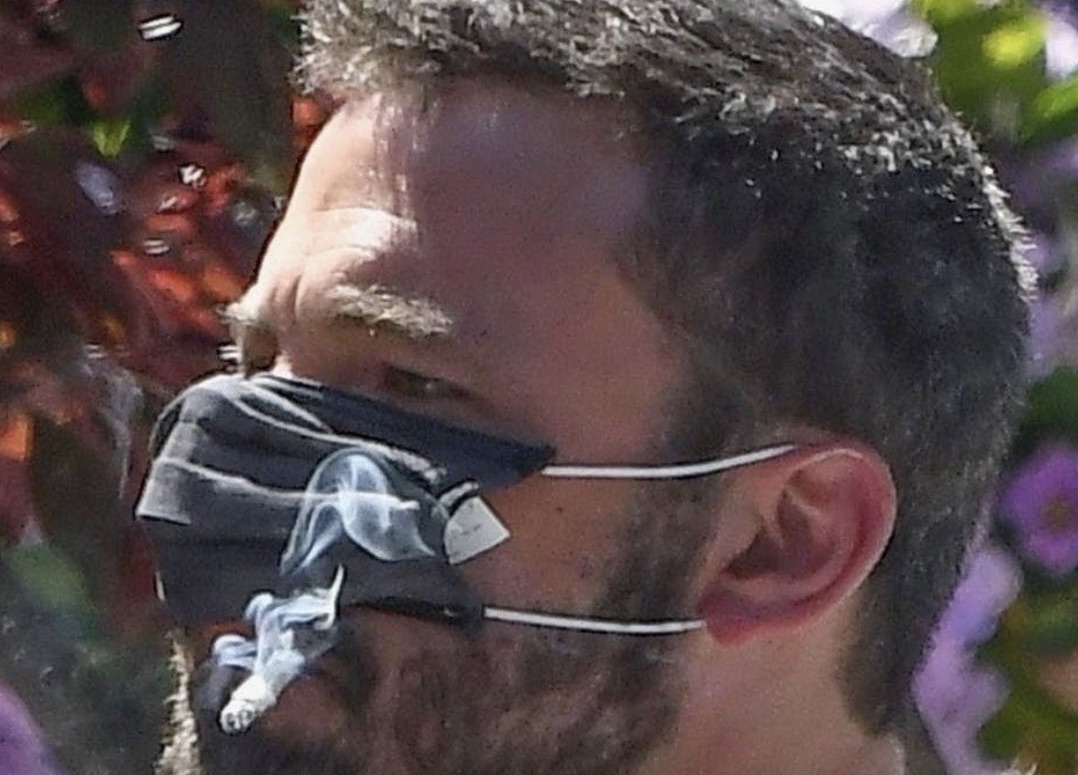 I haven’t actually had too much trouble smoking and wearing a PPE mask in the past few weeks – I mean why would you, you just don’t smoke with it on – but I can see why it might be a bit awkward if you were trying to have a cigarette whilst you were wearing one.

This is not the case for Ben Affleck though, he went out for a walk in downtown Los Angeles over the weekend and absolutely nailed the ‘smoking with a PPE mask on look’. He did it so well that you just know he’s going to become a meme yet again – indeed someone has already made a collage of all the great shots of him smoking over the years:

Ben Affleck gonna be the last man standing at the end of this apocalypse pic.twitter.com/WPdJEshhdo

Ben Affleck going out for a stroll (and a cigarette) in Los Angeles pic.twitter.com/NV9xQiluoV

finally another photo to add to the ben affleck smoking through the pain of existence canon pic.twitter.com/Pk2WNMTbzD

was trying to imagine what first reformed starring ben affleck would be like & then i realized it’s just his normal life pic.twitter.com/3aYXdGliqc

Paparazzi pics of Ben affleck smoking are my favorite genre Of photography pic.twitter.com/9YfHdt8GuZ

Such an iconic look. Expect to see people copying this all over Instagram in the coming week. Thank you Ben Affleck.

For more of the same, check out this ‘disgusting’ video that emerged of him in 2017. Something else