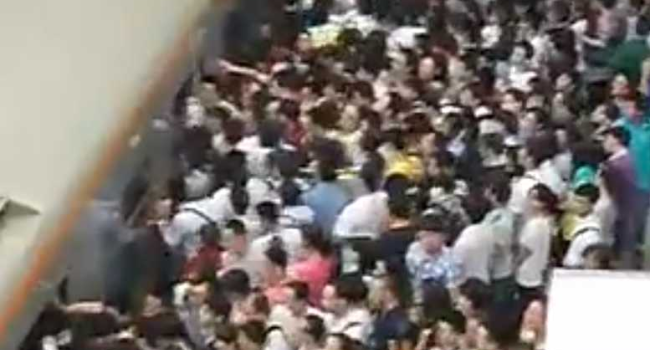 A YouTube clip shows 150 seconds of what it must be like in the 10th circle of hell.

If you think your slog to and from work is bad – no seats, no air-conditioning and vapid drones staring into their Kindles  – then spare a thought for the poor folk of Beijing.

This YouTube video captures two and a half minutes of life during morning rush hour in the Chinese capital on the subway’s Line 13. Unlucky for some. Specifically, everyone on the platform.

To be honest this looks less like a snapshot of daily life in a major city and more like shaky-cam footage from some sort of disaster movie, where anxious hordes desperately try and flee the metropolis before the zombies/killer germs/Scientologists rock up and usher in the end of the world.