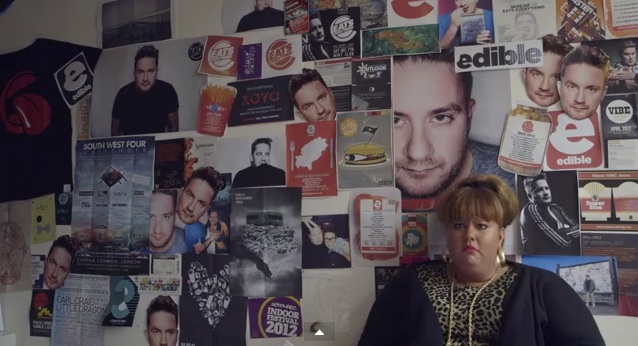 I’ve heard of Beliebers and Directioners, but these guys really take it to the next level.

DJ Eats Everything shot to prominence in 2011 with the release of ‘Entrance Song’ and since then has become a global superstar, having performed sets at Fabric, Amnesia, Space, Glastonbury and a whole other bunch of famous places, as well as bringing out releases on Dirtybird and FutureBoogie and creating three essential mixes for Pete Tong.

However, before all this (and even during it) it seemed unlikely that his fame could have led to a new generation of super fans being born. Usually, these kind of super fan only become obsessed with twats like Justin Bieber or One Direction, but for some reason Eats Everything has attracted his own global echelon of super obsessive fans who lovingly refer to themselves as Eaters and can’t get enough of his music and Eats himself.

Hearing of this phenomenon, directing duo ‘That Jam’ set out earlier this year to document the lives of this new breed of underground super fans and the documentary you see below is the result of that. To say it’s weird would be an understatement (although it doesn’t look like these people have much going on in their lives anyway, like so many people who become obsessed with celebrities) but it’s pretty much unmissable and compulsive viewing.

No offence to Eats Everything, but I just can’t believe people are going wild for him like they do for Bieber. I guess it’s definitely a way better and more respectable genre for people to become obsessed with; it just seems so unlike people that are normally into this music though. Perhaps we’re seeing the start of a new wave of super obsessed fans – at least they might be vaguely preferable to the old ones though.

â˜› More DJs: How To Become A DJ Slut In 5 Simple Steps