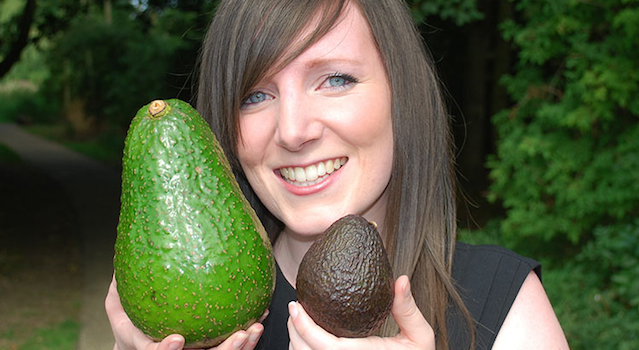 Avocados have become a staple in the supermarket fruit section over the past couple of years and now we’ve reached the next step of their evolution – the Avozilla.

Tesco have announced that they’re set to start selling a new giant version of an avocado today which they’ve loving termed the Avozilla. The Avozilla is a giant version of an avocado and is five times bigger than the regular avocados that you can normally buy at supermarkets these days. It weighs an average of three pounds (1.3kgs) and will also cost around three pounds to buy, which is handy in a symmetrical kind of way.

Tesco’s chief salad buyer – which sounds like a pretty awesome job – Emma Bonney made the following statement: ‘The Avozilla has a fantastic taste with a rich, juicy, buttery texture, and creamy flavour. The ripe fruit is an attractive vivid green colour — different from the darker-coloured smaller variety — and its thick skin can actually be used as a serving bowl for guacamole.’ 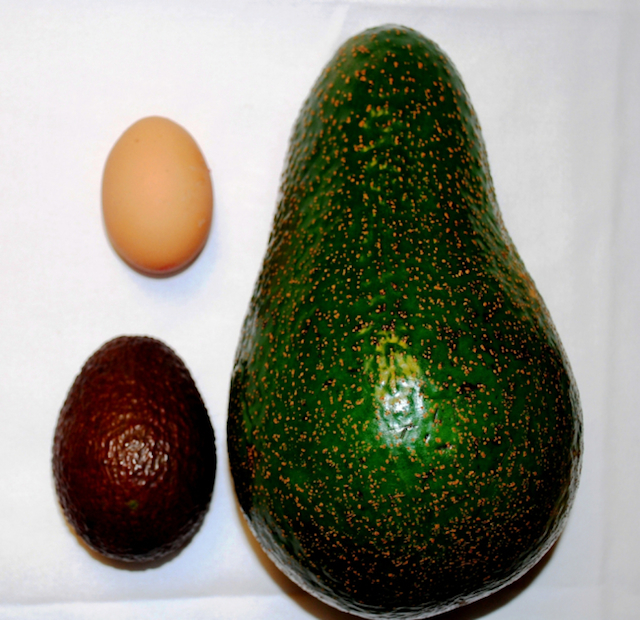 Miss Bonney added that she hoped that the avocado would appeal to families and those seeking value for money. Considering when you buy an avocado now you get two for £2, then the Avozilla definitely represents this because you’ll be getting two and a half times more avocado for just a pound more which totally works out. My only concern would be – at least for me and other people that don’t have families or live with a bunch of people who want to share massive avocados – that avocados tend to go brown and gross fairly quickly after you cut them in half so it might not actually represent that great value for money if you only get to eat a bit of it before it goes off.

Still, I’m a fairly big fan of avocados and eat them fairly regularly so I think I’ll be checking out the Avozilla sometime soon. Admittedly I’m intrigued by the idea of using it for a guacamole bowl, but my main reason for checking it out would be because I can’t wait to carry one into my house and for people to ask me what the hell it is and for me to reply by saying that it’s an Avozilla. I just know that with a stupid name like that and considering how big it is then it’ll just send whoever I’m talking about it to into hysterics.

Although I’m behind the idea of the Avozilla I’ve got to say that I think that ‘Avozilla’ is probably the dumbest name they could have used for it, but I guess that was the idea because combining the dumb name with the dumb shape of it will probably maximise knowledge about it and its sales. 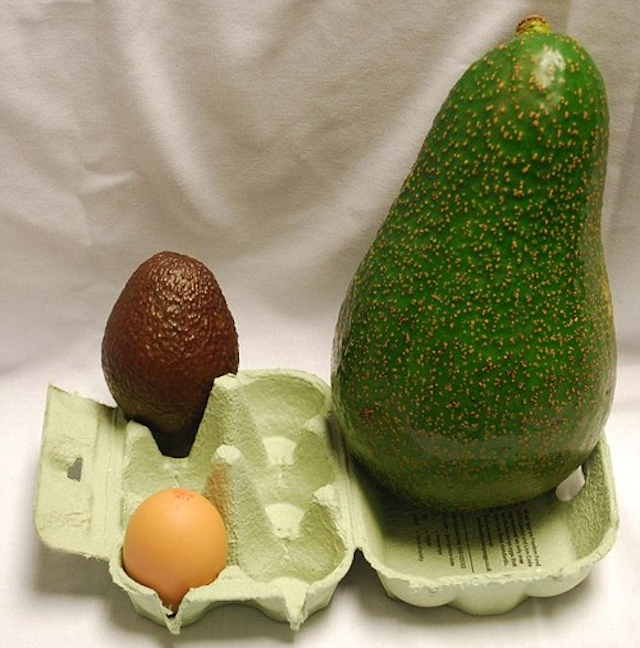 I was pretty interested in where the Avozilla actually came from, because it seems surprising – with the recent rise in popularity from avocados (Tesco reported a 30% rise in sales over the past year alone) – that the Avozilla, or at least a version of it with a slightly less stupid name, hasn’t been integrated into UK supermarkets before this.

It turns out that the fruit comes from one of the biggest suppliers of avocados in the world situated in South Africa, and that there are only four trees in the world that currently produce them. I don’t know how these trees came about – whether this is some kind of GM Frankentein food or if they’re just extremely, extremely rare – but I would be more inclined to go with the second option considering nobody has ever heard of them before or probably even thought about making them before.

There’s also a Twitter account for the Avozilla which has been set up to promote it which is again kind of stupid but I guess that is the way new products are marketed these days, even if said product is a new fruit. Interestingly it doesn’t seem like Tesco have set up the account because it says clearly in the header of its Twitter that it is NOT affiliated with any retailers or fruit growers and it also has a link to a Daily Mail article in the header, which kind of makes me think that some Daily Mail writer saw a good opportunity and stole the Avozilla handle before anyone at Tesco thought to do it. Bet they’re a bit sore on that. Still, they seemed to have fooled The Huffington Post into thinking they’re the real supplier, which you can see in this completely stupid interaction between the two below:

Hi @Avozilla. You must be quite jet lagged travelling all the way from South Africa to Tesco. Are you excited for the big day tomorrow?

I’m not sure if Avozillas will overtake avocados as a regular purchase of mine or anyone else’s but I imagine that most people will at least check them out over the coming weeks, probably not for comedy value alone although I think this might be a factor in people other than me purchasing them as well.

Has anyone managed to sample one yet? Let us know what you think and failing that I’ll do some kind of review when I manage to get my hands on one.