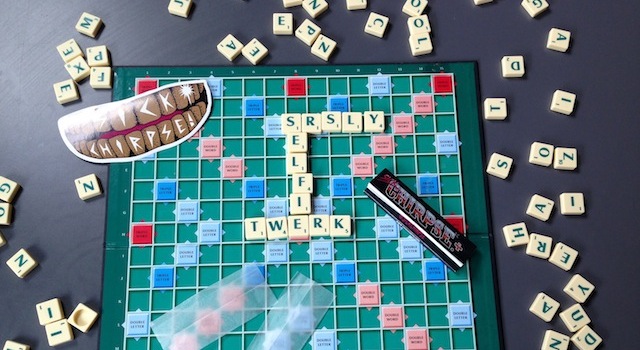 The Oxford Dictionary has added a slew of new words to its pages – including ‘twerk’, ‘srsly’ and ‘guac’.

The Oxford English Dictionary has announced 65 additions to the English language that will appear in new versions of the dictionary. We get that language is an evolutionary thing, but some of these srsly take the piss.

Here’s a rundown of some of the inclusions. Don’t forget to use them in your English essays/exams, your teachers will love you for it:

derp, exclam. & n. (informal): (used as a substitute for) speech regarded as meaningless or stupid, or to comment on a foolish or stupid action.

FOMO, n.: fear of missing out: anxiety that an exciting or interesting event may currently be happening elsewhere, often aroused by posts seen on a social media website

food baby, n.: a protruding stomach caused by eating a large quantity of food and supposedly resembling that of a woman in the early stages of pregnancy.

phablet, n.: a smartphone having a screen which is intermediate in size between that of a typical smartphone and a tablet computer.

selfie, n. (informal): a photograph that one has taken of oneself, typically one taken with a smartphone or webcam and uploaded to a social media website.

unlike, v.: withdraw one’s liking or approval of (a web page or posting on a social media website that one has previously liked)