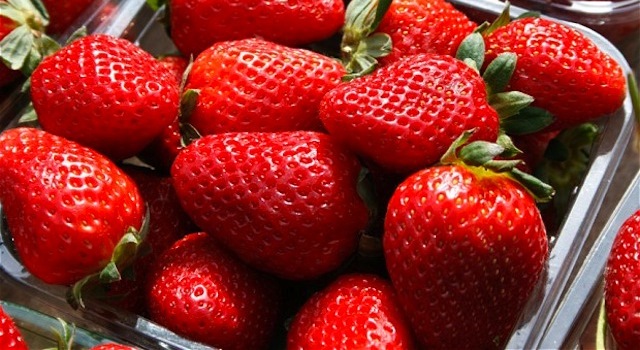 One Birmingham shopper’s complaint has led to Tesco being fined Â£300k for a misleading promotion on their strawberries.

How much is £300k to a giant like Tesco? Peanuts when you consider they rake in £43 billion a year. But it’s another blow to the supermarket that even chief executive Philip Clarke conceeds is now known for being “big and bad”, after a string of cock-ups including the (annoyingly over coveraged) horse meat scandal, and the mass murderer colouring book they were selling.

So what happened this time? One single shopper in a Birmingham Tescos noticed that the cost of 400g punnets of British strawberries was marked at ‘half-price’ at £1.99, with the apparent original cost of £3.99 (a price tag she couldn’t recall paying previously) crossed out.

She made a complaint, and the issue snowballed from there as Trading Standards discovered that the offer (at £1.99) fell foul of the rules as it ran for 14 weeks, whereas the higher original price of £3.99 ran for a much shorter period of time. They estimated this particular promotion netted Tescos £2.32m in 2011.

In a statement Tesco said: “We apologise sincerely for this mistake. We sell over 40,000 products in our stores, with thousands on promotion at any one time, but even one mistake is one too many”.

Sincere mistake? Or the tip of the iceberg? It’s amazing that anyone even noticed there was something odd about the price of their strawberries, otherwise it would probably still be carrying on. Makes you wonder how many other misleading promotions there are out there, and how many you’ve already been taken in by.