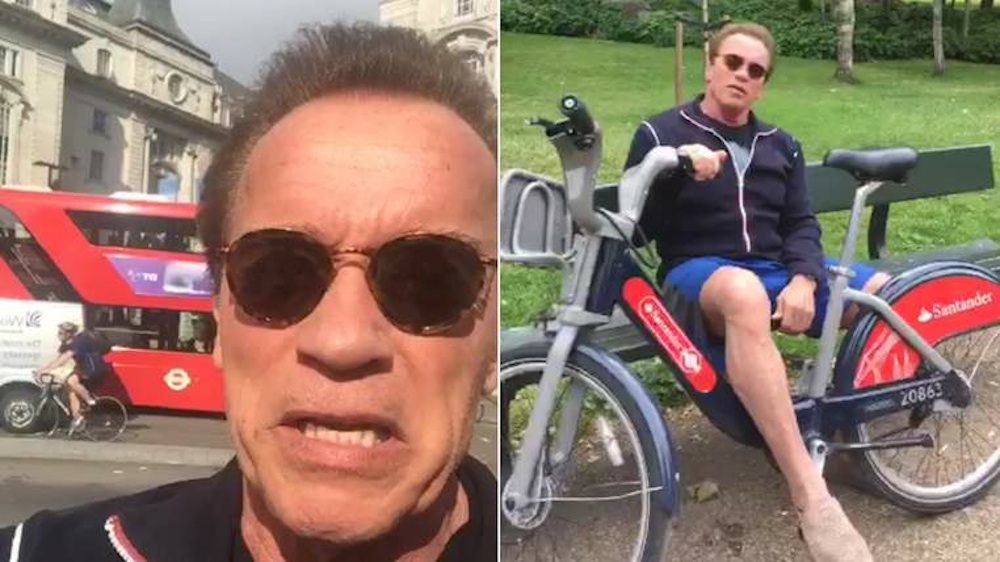 I need your clothes, your boots and your Boris Bike.

In what is surely an awesome bit of publicity for his new movie Terminator: Genisys, Arnold Schwarzenegger has for some reason been riding a Boris Bike all around London today and tweeting and snapchattting about it.

Obviously many people were taken aback by seeing him on the roads of London and took to Twitter to voice their concerns. Arnie joined in with the fun too, saying that people didn’t need to worry about buses knocking him over because he has living tissue over a metal skeleton of course.

Here are a few of the best tweets – great marketing.

Don’t worry, I would have been fine- living tissue over a metal skeleton. https://t.co/PQV0gIWz4k – Arnold (@Schwarzenegger) June 17, 2015

In case I do get hit, can you give me a list of bodyshops so I know where to direct the drivers to fix their cars? https://t.co/JaJALE7y2o – Arnold (@Schwarzenegger) June 17, 2015