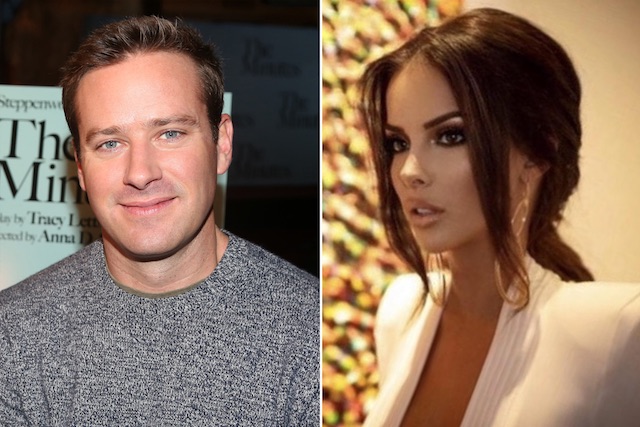 Oh boy oh boy. Yesterday, Armie Hammer tried to deflect attention away from his leaked DMs where he allegedly said that he was a cannibal and wanted to drink the blood of his concubines by saying that he refused to comment on them and that they were all bullshit, but now his ex girlfriend has decided to get involved with the situation and make everything ten times worse for him. Maybe even a hundred times actually. Maybe even a thousand.

Courtney Vucekovich was speaking to Page Six when she said the following: 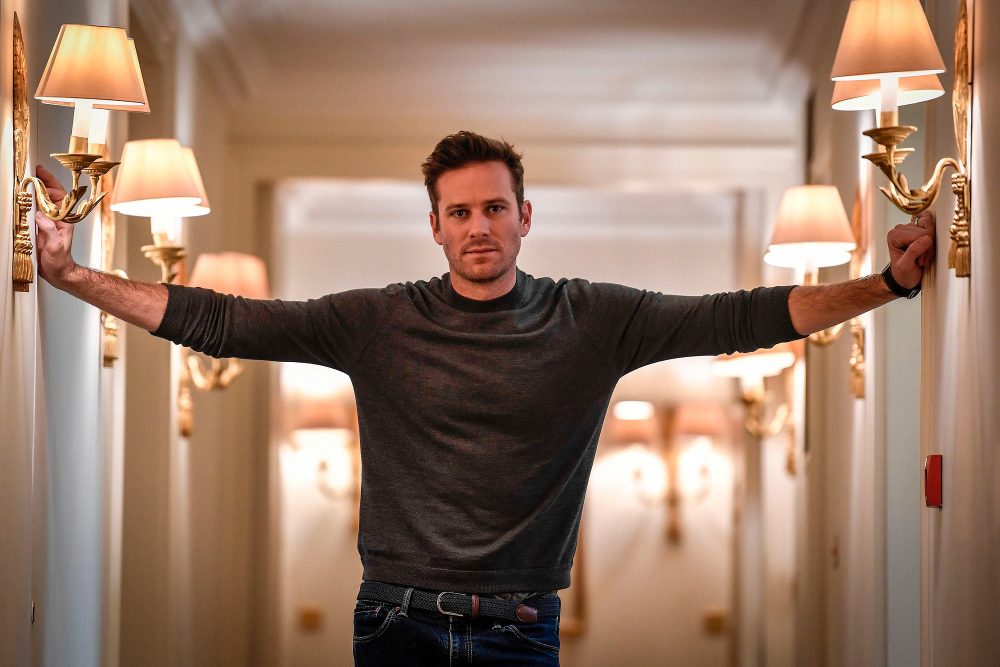 He said to me he wants to break my rib and barbecue and eat it.

‘F–k that was weird,’ but you never think about it again.

He says, I want to take a bite out of you. If I had a little cut on my hand he’d like suck it or lick it.

That’s about as weird as we got.

He likes the idea of skin in his teeth.

He enters your life in such a big way. He’s such a captivating person.

He has such a presence and he’s aware of that and he uses it in such a way that most women would think, ‘Oh my gosh this is amazing,’ but especially young women, that’s kind of the scary part — how good he is at active manipulation and making you feel like he’s never felt this way about anybody.

He quickly grooms you in the relationship. He kind of captivates you and while being charming, he’s grooming you for these things that are darker and heavier and consuming. When I say consuming, I mean mentally, physically, emotionally, financially, just everything.

I had to pay for everything because he was allegedly broke.

I wasn’t safe. He kind of makes it like, ‘I’m going to teach you things.’ I’m smarter than that, but where was I during that? I knew the whole time. I had this gut feeling the whole time that this was not right. He’s not well.

He was drinking and doing drugs the whole time.

He did some things with me that I wasn’t comfortable with. For God knows what reason, he convinced me that these things were OK and he put me in some dangerous situations where I was not OK, where he was heavily drinking, and I wasn’t drinking that way and it scared me. I didn’t feel comfortable.

You end up doing things that are very out-of-character for you, including sex acts.

I don’t want to talk about the specifics though because that will detract from the emotional abuse I suffered at his hands.

Hammer is one of the most broken people I’ve ever met.

He makes you feel bad for him, and that’s really scary and keeps you [close to him].

It’s a full-time job when you’re with him the way that I was.  I was trying to catch my breath the entire time I was with him. You’re drowning in this dark hole trying to stay afloat. There will be random moments of good that convince you to stay.

He blows up [women’s] lives like that and walks away.

As a strong mental health advocate, I knew that this relationship was something I needed to process with help from people who specialize in trauma and PTSD. That is my experience.

Therapy is really helpful after healing from any kind of abuse.

You don’t want to take that trauma with you.

Jesus. I think before that most of us just thought that Hammer was into some very weird sex stuff, but this interview has painted him in a whole different light as an emotional abuser and a general mess of a completely awful human being. Not even really sure how to process this, especially when you find out that Hammer and Vucekovich only dated for three for three months last year and he had this kind of impact on her. What the actual fuck?

Be interesting to see how Hammer responds to these allegations as I don’t think he can just say they’re bullshit anymore when someone has come out with as detailed a story as this. No idea what the guy can even say to try and respond to this in order to salvage the situation to be honest. Guy is pretty much cancelled right now.

For more of the same, check out Armie Hammer’s original leaked DMs that are even weirder in light of the interview. Guy seems like he’s seriously messed up.