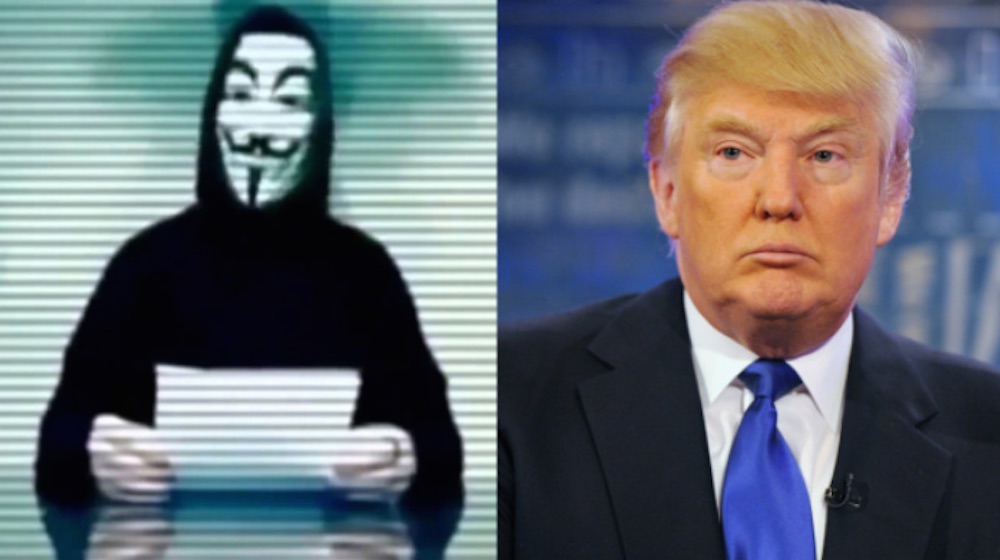 Donald Trump really can’t catch a break this week. He doesn’t really deserve one though does he?

Following his comments about banning Muslims from the United States, Donald Trump has been met with an unprecedented backlash, including having his honorary degree revoked.

It’s probably not really a surprise either that Anonymous have now decided to target him as they seem determined to mess with everything that is morally wrong and reprehensible in the world. Following on from #OpISIS, the collective have now started #OpTrump in the video below:

Their first order of action was to launch a DDOS attack on Trump Tower in New York’s website, taking it down yesterday:

However, although this all looks great, there are some people who are doubting the legitimacy of these attacks in relation to their association with Anonymous and feel that they may just be some random hacker group claiming affiliation with them. This is mainly due to the language used in the video differing from previous statements and the fact that there isn’t as much going on with the #OpTrump as there is with the #OpISIS.

The fact that Anonymous is by their very nature a loose collective with no set agenda and seemingly no leader though would suggest that it’s very possible that it’s only one branch of the organisation that has targeted Trump. Still, I think the haters need to just get behind it anyway because obviously anyone targeting Donald Trump is a good thing, and if they do it under the banner of Anonymous to try and get more people involved then it’s a good thing too. In the end it doesn’t really matter if it’s Anonymous or not, does it?

Regardless of who or who isn’t officially involved, with today already being declared National Trolling Day on ISIS by Anonymous, expect Trump to get hit by them again fairly hard later on.