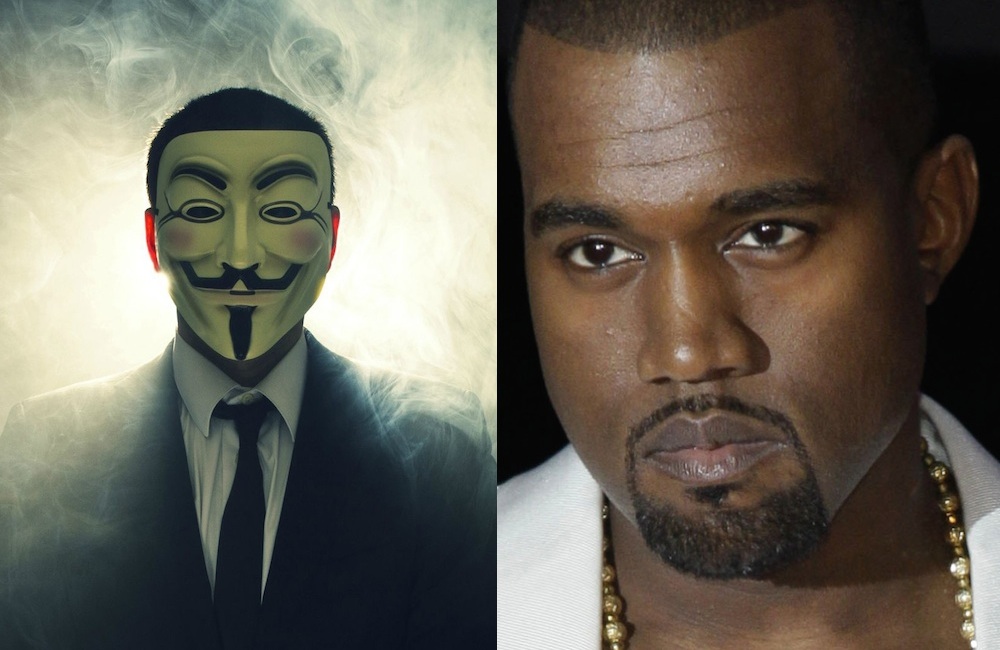 Not content with targeting ISIS and the paedophiles of Westminster, Anonymous have now set themselves a target of destroying Kanye West, as the creepy seven minute video below shows.

For some reason it’s been released for about three weeks but nobody seems to have picked up on it yet surprisingly. As is Anonymous’ trademark, the video is narrated in a guy in a V For Vendetta mask and it details the reasons that they’re going after Kanye West – namely that he’s an egomaniac who is constantly hogging the spotlight from people that deserve it just as much as he does with the case in point being his recent outburst at the Grammys over Beck winning best album.

The video attacks Kanye all over the place, rinsing his daughter, Kim Kardashian and his dead mother and ultimately threatens to use their internet savvy to exclude his legacy from the future by erasing all knowledge of him unless he changes his ways. What an ultimatum. I can’t see Kanye West stop being Kanye West anytime soon though, can you?