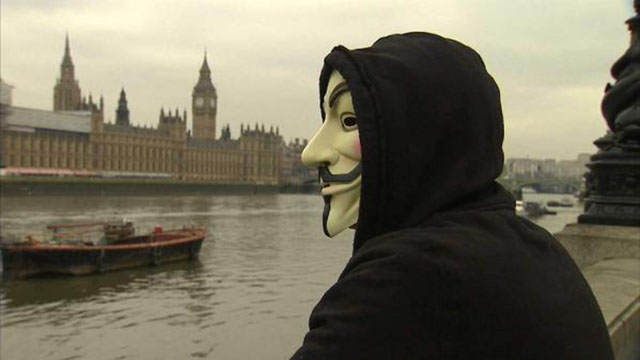 It’s about to kick off big time.

Certain homes around Westminster tonight have more reason than anyone else to get the Friday 13th chills — because Anonymous are hours away from setting ‘Operation Death Eaters’ in motion.

Masked protesters plan to march outside the homes of ‘elite’ paedophiles and public figures they claim are involved in the cover-up of child sex abuse:

They hope it will lead to the launch of a victim-led independent inquiry into child abuse, rape, torture and murder being covered up by the rich and powerful.

Recent sex abuse allegations and evidence brought forward by a witness known as ‘Nick’ has led to the Met police investigating 3 alleged murder cases of young boys dating back to the 70s and 80s (he claims one of them was strangled by a Tory MP). It claims to expose a VIP Westminster paedophile ring involving high-ranking politicians.

#OpDeathEaters Why do we fight for the voiceless, defenseless victims of #Pedosadism you ask? We ask, why don’t YOU? Join us in protesting!

Anonymous stress that they’re protesting to spread information rather than chaos.

Are you in the Westminster area tonight? The party shouldn’t be too hard to find.

â˜› Up Next: Australians Are Using Tinder To Trap Paedophiles And It’s Working