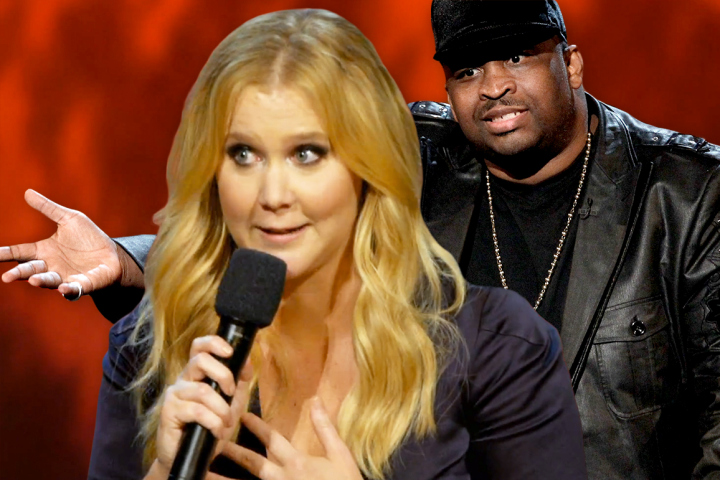 Comedians stealing jokes from other comedians — so hot right now.  I mean yeah you might say comedians have always “borrowed” jokes from each other, but it was ridiculously blatant when Trevor Noah stole from Dave Chappelle last week, and now Amy Schumer is getting similar grief from jacking the late, great Patrice O’Neal.

Just like with Noah/Chappelle, there’s no denying those jokes are remarkably similar. Also just like Noah/Chappelle, it’s impossible to say whether Schumer outright stole the routine or watched it so long ago that she actually thinks she made it up herself. Just kind of plucked it out of her subconscious memory without realising it was a joke she’d watched on TV 10 years ago by a dead comic. I really think we should just assume that every new comic is just plagiarising jokes from old school comics from now on whether they realise it or not.

At the end of the day though, it doesn’t really matter because Amy Schumer is funny as fuck. See the A+ response she gave to this Twitter troll who told her she looks like the lady from the American Gothic Painting, or the time she fired back at Internet nerds who accused her of being a racist.